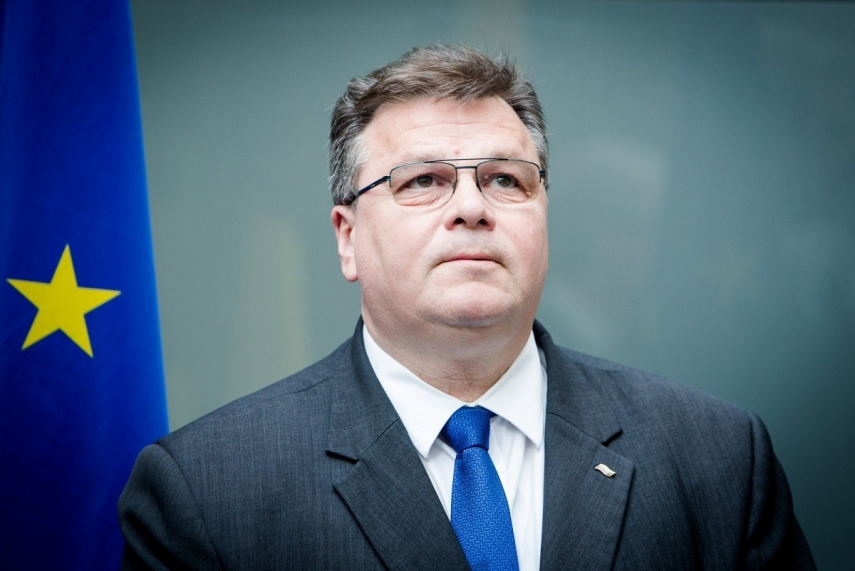 VILNIUS – Russia is taking revenge with its investigation launched against four Lithuanian judges who issued the ruling in the high-profile January 13 case, Lithuanian Minister of Foreign Affairs Linas Linkevicius says.

"I could also call it that way as some sort of revenge," the minister told BNS on Wednesday. "It's difficult to evaluate it in some way as this is a deplorable situation."

The probe follows the court's ruling in late March when 67 Russian, Belarusian and Ukrainian citizens were found guilty of war crimes and crimes against humanity in the January 13 case and were issued prison sentenced ranging from four to 14 years. The majority of them were sentenced in absentia as Russia and Belarus refused to extradite them.

According to Linkevicius, Russia "should realize that although many years have passed, justice must prevail and that there's no statute of limitations for such cases."

In his words, the judges are advised to refrain from trips to Russia or Russia-friendly countries as "they can expect provocations or various other actions there."

The foreign minister also pledged to turn to international organizations.

"We will take care of that protection as much as possible. (…) Those people related to the case, not only the judges, all of them should act carefully," Linkevicius said.

Russia's representatives say the Lithuanian judges ruled that "there is no possibility to precisely identify the actions of which of the defendants led to the most serious consequences", i.e., whose actions led to the death or injury of people.

Svetlana Petrenko, spokeswoman for the Russian the committee, says this way the judges grossly violated the principles of criminal law, stating that all doubts should be viewed in defendants' favor.

Fourteen civilians were killed and hundreds more were wounded when Soviet troops stormed the TV Tower and the Radio and Television Committee building in Vilnius in the early hours of Jan. 13, 1991.

The Soviet government used military force in its attempt to remove the legitimate government in Lithuania after it declared Lithuania's independence from the Soviet Union on March 11, 1990.