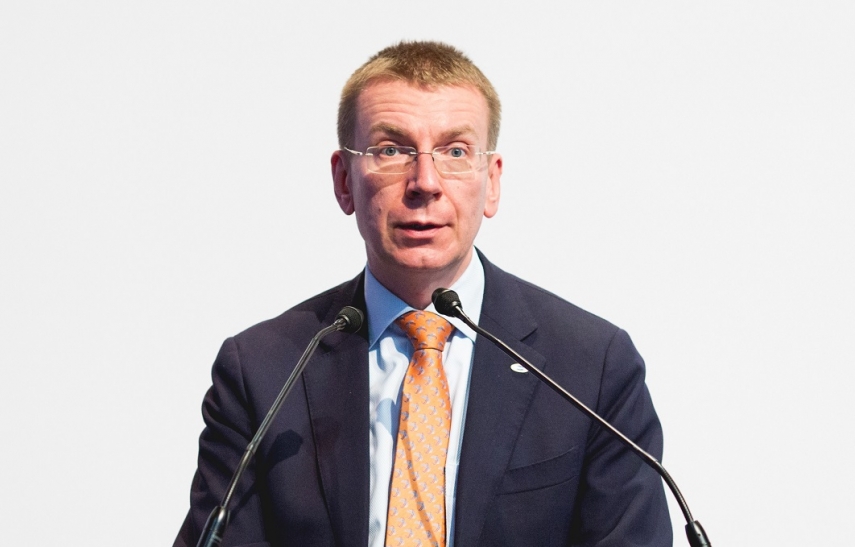 RIGA - Latvian Foreign Minister Edgars Rinkevics, in reaction to the hundreds detained during demonstrations in Moscow on Saturday, posted on his Twitter account last evening that Russia must halt the ungrounded violence against innocent civilians and release those who have been detained.

''Another day in which peaceful demonstrations are being brutally suppressed,'' the minister said.

He emphasized that Russia must observe its international human rights obligations, unjustified violence against innocent people must be stopped and those detained should be released.

The AFP news agency reports that police detained over 800 people at an opposition gathering in Moscow on Saturday, as authorities upped the pressure on top Kremlin critic Alexei Navalny by launching a criminal probe into his anti-graft group.

Crowds walked along the capital's central boulevards in a protest "stroll" over the refusal by officials to let opposition candidates run in September polls for city parliament seats -- a local issue that has turned into a political crisis.

Most of those candidates and opposition leaders, including Navalny, are being held by police following a protest rally last weekend, in which 1,400 demonstrators were detained -- one of the biggest crackdowns in years.

On Saturday, riot police were deployed in large numbers in central Moscow, some shops and cafes were shut, metal barriers were erected, mobile internet was down for many hours, and a metro station was temporarily closed.

Some 828 people were detained during the rally, independent protest monitor OVD-Info said.

Police said only 1,500 people took part in the gathering.

AFP correspondents said the turnout was likely in the thousands but a precise estimate was difficult as the protest was spread over several neighborhoods.

AFP observed dozens of arrests along the route of the protest, as police formed human chains and grabbed people indiscriminately.