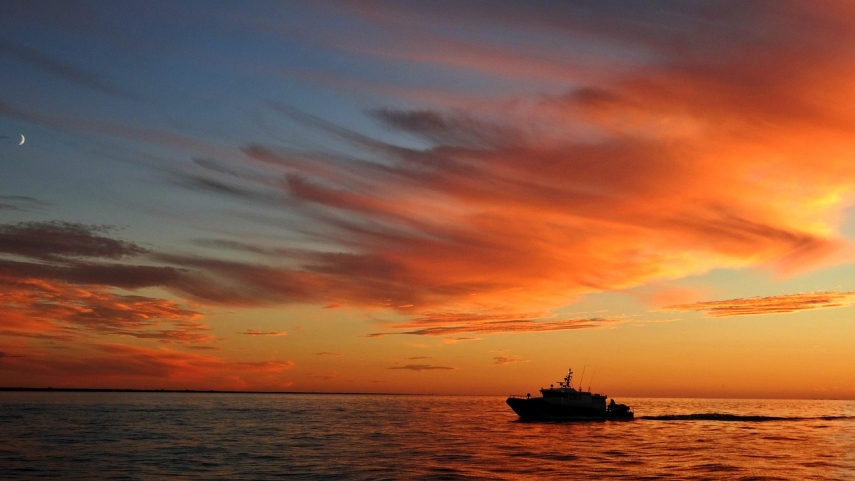 RIGA - Even without performing the announced missile tests in the Baltic Sea Russia may have attained a different goal by causing a public stir in Latvia, Maris Cepuritis, a researcher at the Center for Eastern European Policy Studies, told LETA.

He added that Russia might still have attained another goal with these drills – to cause a public stir, providing a reason for public discussions about Russia’s military might at a time when Latvia was marking the anniversary of its accession to NATO and the anniversary of the Alliance’s foundation, and the presidents of the three Baltic states were meeting with U.S. President Donald Trump in Washington.

“The exercise surely had one main objective and several secondary objectives that Russia has recently been trying to attain with its military exercises - not only to perform technical tests, but also to create an informative background and fuss,” Cepuritis said.

Since the Russian missile tests were discussed in Latvia more actively than the symbolic events, one could assume that Russia managed to achieved some of its objectives, but it failed to cause widespread fear in Latvia’ society, the expert said.

Latvian authorities succeeded in explaining the situation to the public timely and correctly, preventing various interpretations and scare. “In such cases, state authorities are the best filter that can determine whether there is an increase of threats to the wider public or not,” the expert said.

As reported, the Latvian National Armed Forces observed movement of Russian naval ships in Latvia's exclusive economic zone in the Baltic Sea where Russia said it would be conducting missile tests but no missiles were fired.

Russia previously notified the Latvian authorities that the Russian Navy will be performing missile tests over Latvia's exclusive economic zone in the Baltic Sea from April 4 to 6.

The Latvian Defense Ministry spokesman, Kaspars Galkins, told LETA the no missiles had been fired in the given territory in Latvia's exclusive economic zone from April 4 till Friday evening.