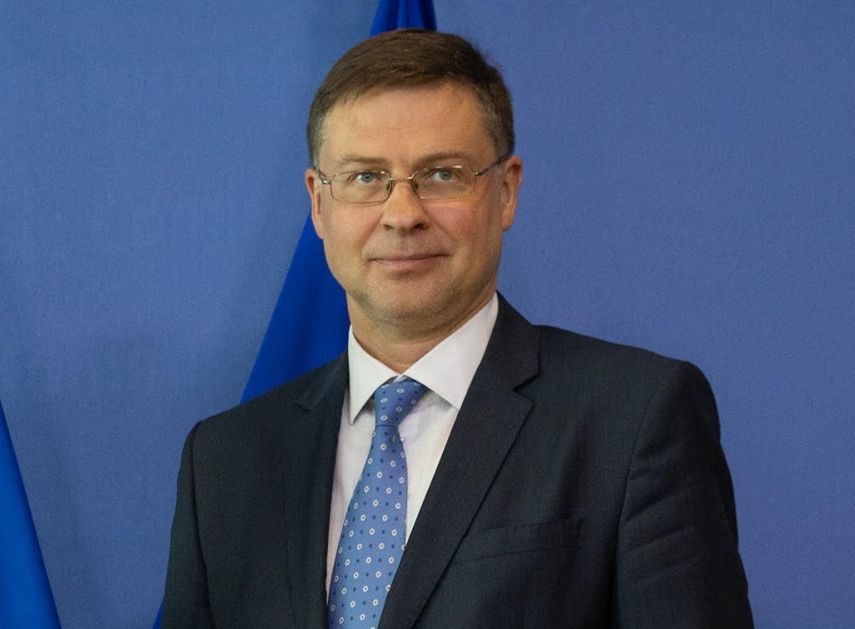 Prime Minister Krisjanis Karins (New Unity) told the press after the meeting that the issue on nominating Dombrovskis for the EU commissioner will be discussed during the government meeting already tomorrow.

The prime minister on Tuesday will also meet with Dombrovskis, and the meeting will be followed by a press briefing.

So far, the majority of the coalition voiced support to Dombrovskis, but the New Conservative Party (JKP) and KPV LV were the last coalition partners who had not yet expressed their position.

He also said that European Commission President Jean Claude Juncker had personally addressed Karins, asking not to withdraw Dombrovskis from his duties of the commissioner.

“Even a short-term replacement of the European Commission vice president will cost more than EUR 1 million of tax payers’ money because this position provides for a life-long pension, etc. Junkers also said that he can do for a while without many commissioners, but not without Dombrovskis,” Karins explained.