Rolling out the red carpet 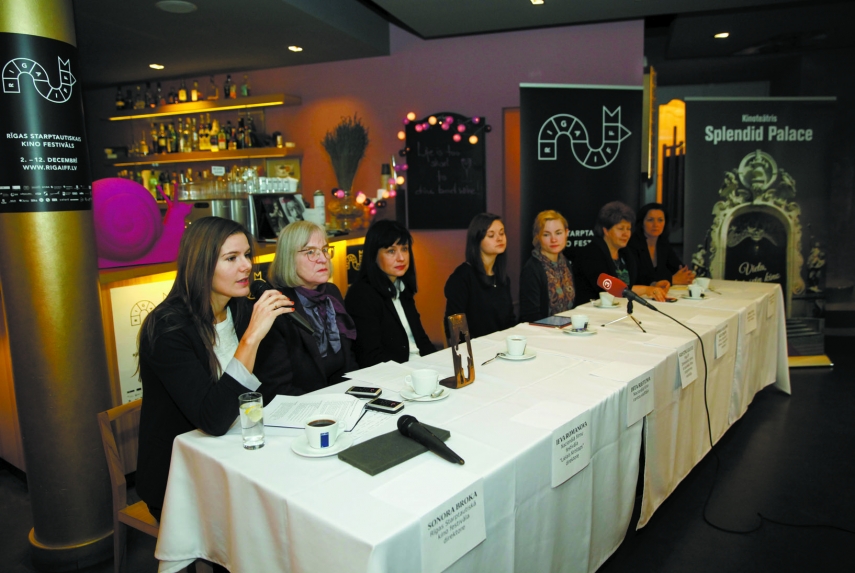 RIGA - The first-ever Riga International Film Festival kicks off on December 2nd, showcasing more than 120 films until December 12th.  The event will end with the 27th European Film Awards in Riga on December 13th.
The opening event will feature “On the Edge of Fear” by famous Latvian director Herz Frank. It tells the story of a man who kills the head of state and while on the run meets the beautiful Larisa, who has his child. This was Frank’s last film, who sadly died in 2013 before he was able to finish it. The film was finished by co-director Maria Kravchenko.

There are also a number of sizeable events within the framework of the festival, including the Latvian National Film Festival “Lielais Kristaps” (The Great Christopher), which functions both as a forum for showing the best in Latvian film and also as the biggest film award ceremony in Latvia.
Another event under the umbrella of the Riga International Film Festival is the Russian documentary film festival ARTDOCFEST/Riga, which has a program with seven documentary film premieres.

For all of those who wonder what cinema was like long ago, the “Cinema 1914” program organized by the Riga Cinema Museum takes us back in time to the beginnings of film and recreate the experience of a cinema-goer 100 years ago. The 100 year-old films will be shown without breaks and together with live musical accompaniment. The performances can be seen on December 6th.
There is also a Northern European film program showing a total of 10 films for children and young adults from Latvia, Estonia, Sweden, Iceland, Norway and other northern European countries.

In addition to the festival, there are also industry events that have been organized by the National Film Centre and 2ANNAS Film Festival, including a special event dedicated to screenwriters called “European Script Meeting” and the National Film Center’s annual “Riga Meetings”, which will offer a series of lectures presented by acclaimed film industry professionals, master classes for film professionals as well as the latest Baltic film screenings.
The films will be shown in Kino Citadele, K-Suns and Splendid Palace.

For more information, go to www.rigaiff.lv. For tickets you can go to www.splendidpalace.lv or www.bezrindas.lv