Rimsevics returns to work at Bank of Latvia 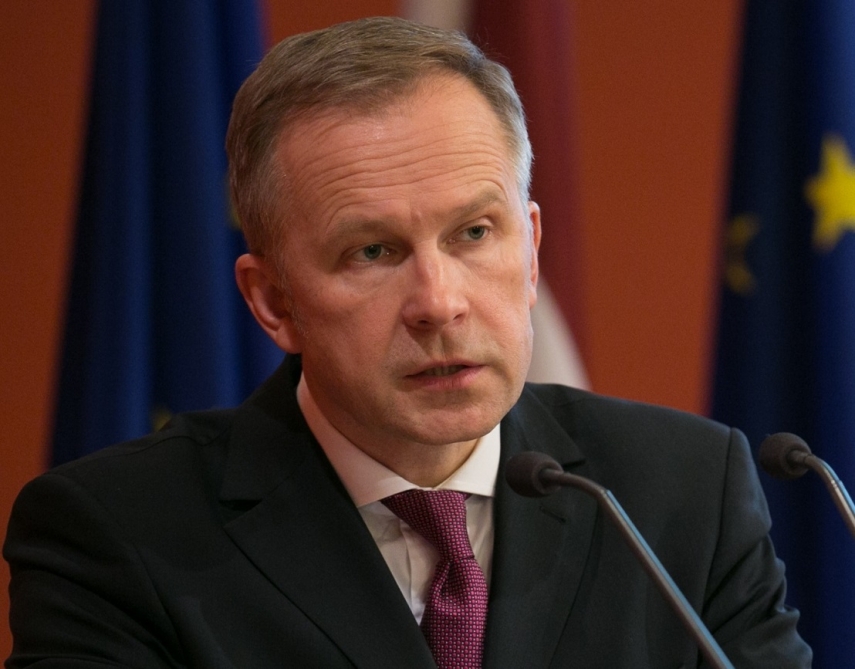 “The Bank of Latvia governor has arrived at work,” Silakalns said, adding that working meetings would be held in the next few hours to clarify organizational issues.

As reported, the Court of Justice of the European Union has annulled the decision suspending Bank of Latvia president Ilmars Rimsevics from his office, LETA was told at the court.

This measure was temporarily imposed on Rimsevics in the context of a preliminary criminal investigation concerning acts of bribery and corruption which the person concerned is suspected of committing.

The court said that a prohibition, even a temporary one as in the present case, on a governor of a national central bank performing his duties is a relieving from office.

Rimsevics has maintained before the court that he has not committed any of the offenses of which he is accused and that, like the European Central Bank (ECB), he considers that Latvia has not adduced the slightest evidence of those offenses. The court notes that, during the written procedure before it, Latvia did not provide any prima facie evidence of the accusations of bribery which were the basis for the adoption of the decision at issue.

The court requested the representatives of Latvia to communicate to the court, within a short period, the documents supporting the decision at issue. However, none of the documents produced by Latvia following the hearing contains any evidence capable of establishing the existence of sufficient indications as regards whether the accusations made against Rimsevics are well founded.

Consequently, the court holds that Latvia has not established that the relieving of Rimsevics from office is based on the existence of sufficient indications that he has engaged in serious misconduct. The court therefore annuls the decision at issue in so far as it prohibits Rimsevics from performing his duties as Governor of the Central Bank of Latvia.

As reported, Rimsevics is fighting charges he accepted EUR 250,000 in bribes and a trip to Russia from a commercial bank in exchange for helping it with regulatory issues. He’s been restricted from leaving the country and carrying out his duties. The furor is part of a bigger financial storm as the financial industry is retrenching amid allegations of wide-scale money laundering.