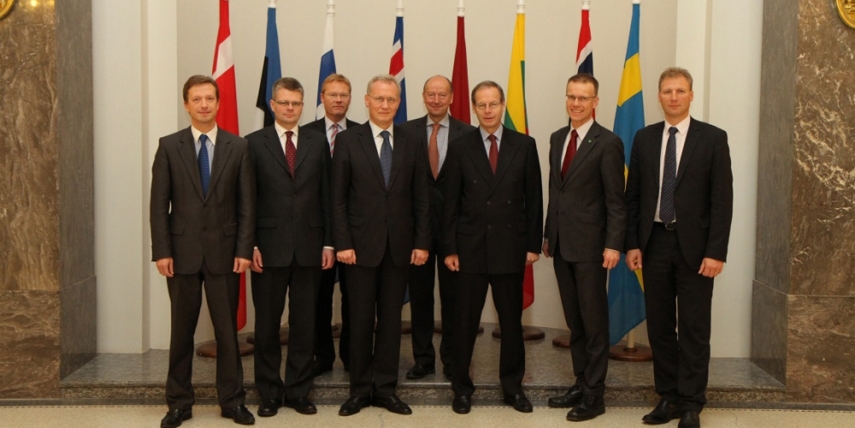 The parliament speakers of Latvia, Lithuania, Estonia, Denmark, Finland, Iceland, Norway, and Sweden will convene in the Latvian capital to talk over issues of regional co-operation.

Key topics of the meeting are those which the eight nations have determined to be co-operation priorities: fortifying security in the region and backing the Eastern Partnership of the European Union. The rotating task of arranging 2016’s NB8 co-operation has been assumed by Latvia.

In the context of regional security, the parliament speakers from the NB8 countries will discuss strengthening energy security, cybersecurity, fighting hybrid threats, and progress in the area of strategic communications.

Regarding the ongoing support for Eastern Partnership countries, discussions are expected to highlight the present status of the region and the progress with reforms that these nations have implemented.

The speakers of parliament will also talk over other topical subjects and challenges presently on the European agenda.

The NB8 format has supplemented active co-operation since the early 1990s and brings together five Nordic countries — Denmark, Finland, Iceland, Norway, and Sweden — and the three Baltic nations — Latvia, Lithuania, and Estonia. Prime ministers, parliamentarians, ministers, and other officials of the NB8 countries meet regularly.

The meeting of the speakers of parliament of the Baltic and Nordic countries is scheduled annually in one of the participating countries.

The meeting, which is being arranged by the Latvian parliament, will be held at the National Library of Latvia.