Remembering the roots at Baltica 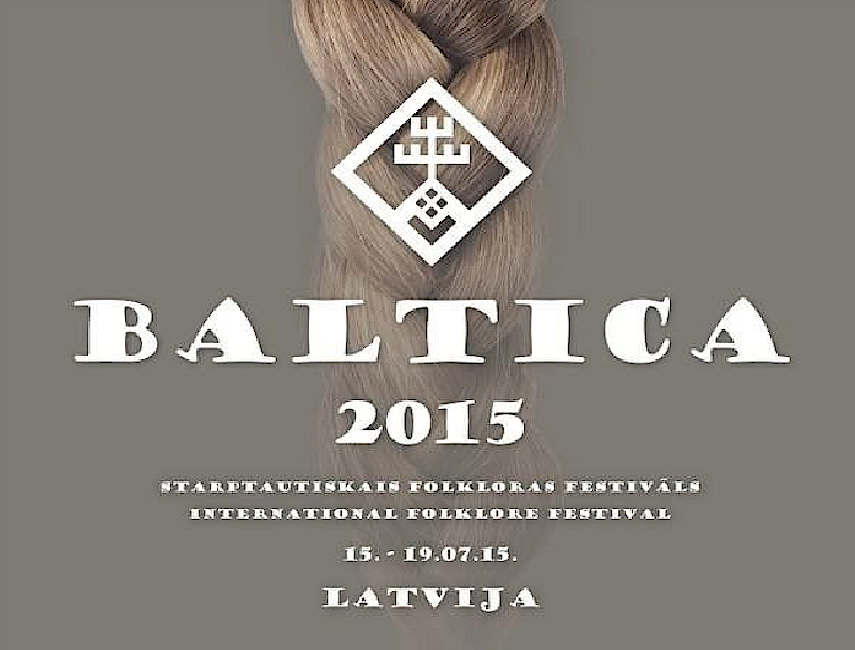 In this modern age, with mobile phones, computers and the Internet, it is hard to stick only to traditions of one nationality. Globalisation means the smaller nationalities have a much harder time keeping their local traditions alive. But reminders of local traditions are always still there if you know where to look. For the Baltics, you need look no further than the folklore festival “Baltica”.

During the festival, there are different activities in different places. The festival will take place not only in Riga, but in other cities too, such as – Cesis, Lielvarde, Rezekne and Sigulda. The activities will include the opening of an exhibition, a premiere of the documentary film “To the Steep Hill”, a concert of Baltic State traditional story-tellers in the National Library of Latvia and a  Baltic dance evening in the “Small Guild” hall.

These are only some of the activities,which will take place on the first day of the festival. There are so many events throughout the “Baltica” festival, that it would be insane to count them all. Some of the highlights could be dancing on the Freedom Monument square, Latvian and foreign group concerts in Vermanes garden and communal singing at the canal-side by the Opera house.

Festival “Baltica” is an important event to all Baltic nationalities and countries, which demonstrates the values of traditional culture – songs, instrumental music, story telling, dancing, crafting and other expressions of traditional culture.
One of the great things about this festival is that it is international. It includes artists not only from Lavia, Lithuania or Estonia, but from Ukraine, Norway, Poland, Portugal, Ireland, Georgia, Russia and Belarus, too.

In this way, visitors of this event can not only learn about their own traditions, but also experience something new from traditions of different countries. This year there will be about 3500 participants, more than 200 folklore groups, musicians, story tellers and craftsmen from Latvia and foreign guests.

Everyone everywhere can participate – dance or sing or even show off their crafting skills. Riga turns into oasis of culture. Even if you don`t participate in „Baltica”, you can feel that it is happening around you. This folklore festival shows that we still need the traditions which we forget during our everyday life.”

When speaking about the meaning of the folklore festival “Baltica” and why it is needed even 28 years after the creation of this festival, Ilga adds: “In every time period there are different tendencies and needs. For example, in the early nintees, “Baltica” was really powerful and needed because finally, after the end of Soviet times, people were able to speak about their traditions, about their roots, which were denied to them for a very long time. But now, in this modern age, one of the biggest tendencies and values are material values – money. We live for money, we go to work to earn money and in some ways, money is the one which rules over our life.

Folklore festival „Baltica” changes that for a bit. Of course, every Latvian knows at least one folk song and can recognize Latvian national costume, but usually that is where the knowledge about our national traditions ends. The festival helps to expand this knowledge at least for a small amount of time. Folklore festival „Baltica” shows that in our lives we need not only money or power. It opens people`s eyes and shows that there are other values too. It shows that we need to know our traditions. We need to know our roots.”