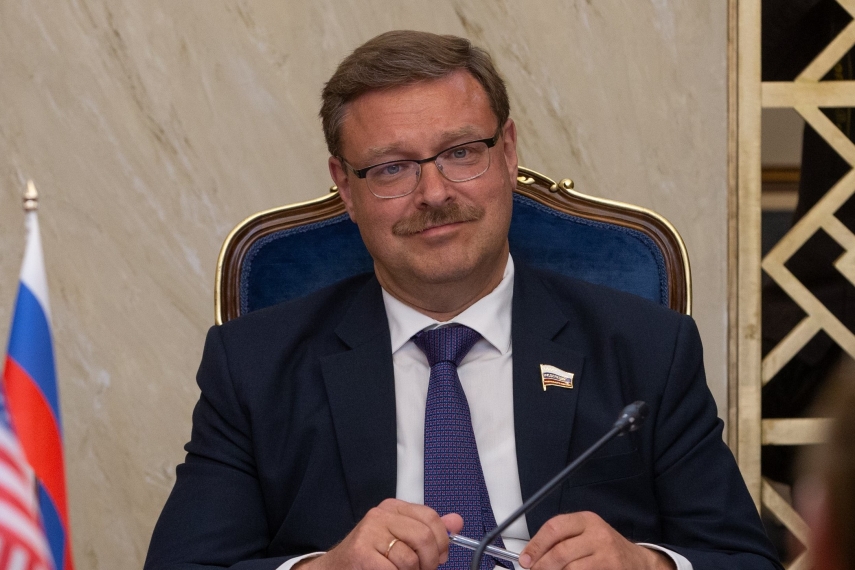 MOSCOW - Russia wants to enhance the relations with the European Union and NATO, but does not accept their policy of pressure and ultimatums, Chairman of the Federation Council Foreign Affairs Committee Konstantin Kosachev said.

"We definitely want our relations with those integration unions, in which Denmark is a member state, I refer to the European Union and NATO, will be also further promoted despite the known differences, which are mainly of principled nature," Kosachev said at a meeting with Danish Ambassador to Russia Carsten Sondergaard.

The experience of the last five years, when the relationship between Russia, the EU and NATO has drastically worsened, substantively confirms that the language of ultimatums, sanctions and economic, political or military pressure "does not work absolutely definitely," he said.

"This policy of NATO and the EU yields no effect," the Russian senator said.

Russia believes that NATO is lacking a sober survey of the current situation surrounding the alliance and the general situation in the world, Kosachev said.

"There is some confidence, but we are not ready to share this confidence, that if something fails, this is only because NATO is doing something insufficiently, and it is necessary to do just the same, but only at a larger, broader and more profound scale. In our view, this self-confidence is still generating a lot of problems in the world, which have a negative impact on European security," the Russian senator said.

Russia is maintaining intensive interparliamentary ties with many countries, which are affiliated with the EU and NATO, including Denmark's neighbors, Finland, Norway, Germany, France, Italy and others, he said.

"In this respect, Denmark is on the other side of this choice," he said.

"We certainly do not impose ourselves on anyone else and do not offer ourselves as interlocutors, but, taking advantage of this meeting, I would like you to say to our colleagues in Folketinget once again that if they want to intensify our interparliamentary dialogue, we will always be ready for that," the head of the parliamentary committee said.

Bilateral interstate relations between Russia and Denmark are also not promoted, he said.

"Denmark joined all of the EU sanction decisions without any deductions and reservations and is following the common NATO fairway as a military bloc on the Russian track. This cannot help affecting the progress of bilateral cooperation," he said.

At the same time, the Russian senator is sure there are a lot of issues in the Russia-Denmark dialogue which are of equal and high interest for the two countries.

"This is trade-economic cooperation, interaction in the area of energy, this is environment, the Baltic Sea, which is common for us, and many other issues," Kosachev said.