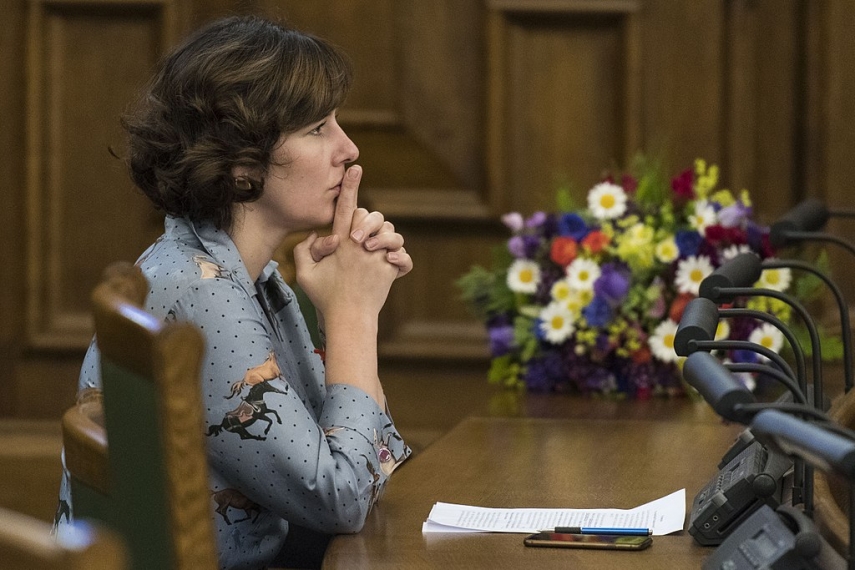 RIGA – The European Commission’s latest Country Report Latvia contains lot of inaccurate information, which Latvia wants to discuss with the Commission’s representatives in the hope that this information might be changed in the report, Finance Minister Dana Reizniece-Ozola (Greens/Farmers) told LETA.

The European Commission released its annual report on Latvia on March 7. While Latvia was praised for achievements like speeding up reforms, the report also contained some criticism. The Commission warned, for instance, that although increased health funding will probably help finance part of the most essential needs, the decision to restrict access to some health care services can have a negative effect on public health. The European Commission also says that income inequality and poverty remain high in Latvia, which is an indication of a weak social security model and tax and benefit system.

The finance minister said that upon receiving the European Commission’s draft report on Latvia, the Finance Ministry provided the Commission with “facts, not opinion” about all the issues mentioned in the report, but they were not taken into consideration.

The Commission says that Latvia has not raised capital tax sufficiently, although in some positions the tax has even been doubled. The Commission also claims Latvia has not taken into consideration the World Bank’s recommendations, which is not true, Reizniece-Ozola said.

“The European Commission contradicts itself by saying that Latvia should not have reduced personal income tax for low-income groups, because this is exactly what the World Bank had recommended. The European Commission also urged Latvia to further increase excise tax and property tax and to do away with the microenterprise tax, but these issues require political decisions, and we here can have a better perspective on how to structure our tax system. I will never accept inconsiderate proposals,” the minister said.

During the meeting, Reizniece-Ozola will call on the European Commission to analyze the tax and health reforms as a whole and not separate reform measures.