Putin's regime does not have political, nor economic future - experts 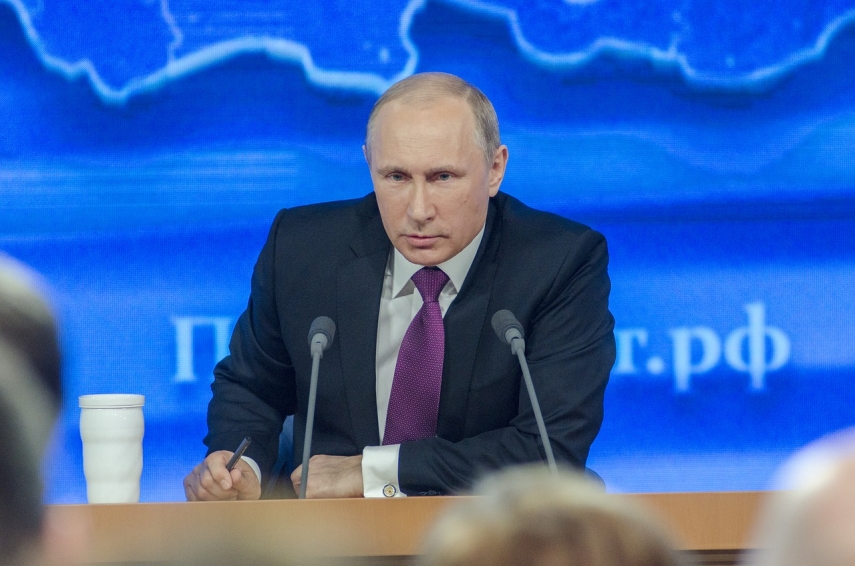 RIGA - During a discussion today on the Russian presidential elections organized by the Center for East European Policy Studies, the experts participating in the discussion said that the regime of Russian President Vladimir Putin does not have a political, nor economic future, and that more and more Russians will eventually begin to comprehend the country's actual policies and will more actively express their dissatisfaction.

Former Russian prime minister and the political leader of the People's Freedom Party Mikhail Kasyanov explained that despite Russia's disdainful attitude towards the Western sanctions, they are indeed effective as they block Russia's economy from investments. He believes that the current Russian regime does not have a political, nor economic future.

''That what Putin has built cannot last forever, and the question arises - how long will it exist? Everyone in Russia has been taught that Crimea is a part of Russia, however, they have not been taught the necessary history, nor given all the facts. A majority of Russian residents who live in cities and are educated understand very well that Russia cannot behave in the 21st century like it did when it annexed Crimea, but are incapable of expressing their dissatisfaction publicly,'' he said.

Meanwhile, Russian television channel Dozhdj political commentator and journalist Konstantin von Eggert pointed out that there has been a growing dissatisfaction in Russia at those who have been in power for many years, especially among younger persons. He pointed out that many in the Kremlin understand very well that opposition demonstrations is proof that many are dissatisfied.

''These protests show that young people do not believe what is being said on state controlled television. They believe life is boring and stagnating. The political crisis will continue in Russia for the next six years, which will only grow. The public will begin to feel greater external pressure and the impact of Western sanctions will only grow. The current Russian elite is already encountering a lack of new ideas and solutions to ensure public opinion beneficial to them. The rhetoric about the desire to renew the old Soviet Union is actually undermining the regimes influence,'' Eggert said, adding that if it was not involved in the conflict in Ukraine and Syria, then the Russian regime could ''conserve'' itself and possibly survive, but not now.

The journalist said that the current political elite in Russia is capable of remaining in power due to the revenue which the country's energy resources provide, as well as many who believe the country will fall into chaos without Putin. According to Eggert, the system is morally and physically aging, which is why the upcoming six years will be unstable.

Commenting the upcoming Russian elections on March 18, Kasyanov said that he lives with the reality that these elections have already passed and Putin will continue on as president. ''This is an imitation of an elections. Elections in Russia have never really been honest or free, and this one is no exception,'' he said, adding that Russia's Constitution is once again being ignored.

Kasyanov mentioned several possible scenarios in Russia during the next six years, and that Putin could even attempt to change the Constitution once again so that he could be re-elected, or he will put into office someone which satisfies him. ''However, more radical change is also possible, and it cannot be ruled out that the public will begin to demand emergency elections before Putin's six year term in office ends,'' he added.