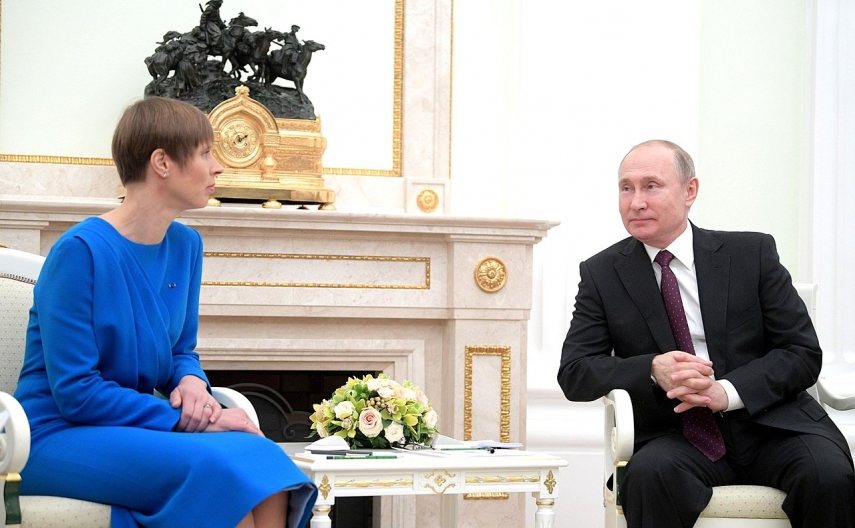 "It is interesting that the Estonian president invited our leader to the eighth World Congress of Finno-Ugric Peoples, which will take place in Tartu in June 2020," he told journalists.

In general, speaking about the recent talks between Kaljulaid and Putin, Ushakov said that Moscow considers them quite useful.

"Of course, disagreements between us remain, many issues in bilateral relations remain. The Estonian side's behavior is unacceptable for us," he said.

At the same time, "a dialogue is better than a complete lack of contacts at the high and summit levels, and Ms. Estonian president agreed with that," Ushakov said.

"The two presidents had a frank and I would even said business-like and constructive conversation on bilateral issues, as well as relevant international issues," he said.

Speaking about subjects discussed by the presidents of Russia and Estonia, Ushakov said that, in particular, the Estonian side asked for support to its candidate for a non-permanent member of the United Nations Security Council for 2020-2021.

"Naturally, as other permanent members of the UN Security Council, we don't disclose the motives of our vote," Putin's aide said.

In addition, the parties addressed the entry into force of border treaties of 2014.

"The atmosphere, which would enable ratification of these documents by us and the Estonian side, has not been created yet. We express hope that the conditions for this step will be created," Ushakov said.

The situation surrounding Russian speaking residents of Estonia was also addressed, he said.

"I mentioned this contact because we believe it is interesting and quite useful, just like the contacts our president had during the Arctic Forum, where he met with the leaders of four out of five our neighbors the northern countries," Ushakov said.