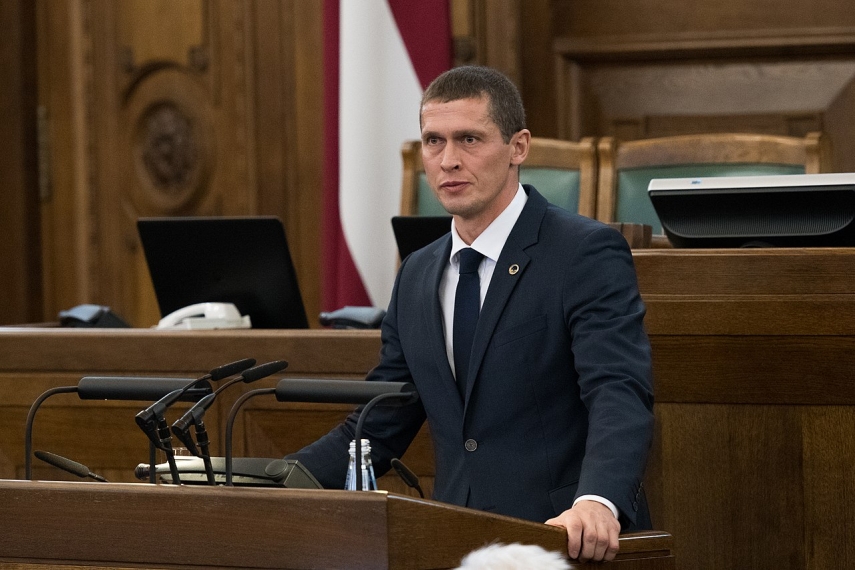 Kalnmeiers said that the Prosecutor General’s Office is confident a criminal prosecution should be launched against Jurass.

Meanwhile, JKP said in its Twitter post that the party will hold a press conference at 2 p.m. today to inform on the criminal procedure.

As reported, the Corruption Prevention Bureau (KNAB) in September 2018 closed a criminal investigation into Jurass’ claims that he had been offered a million-euro bribe as head of the KNAB division.

The pretrial investigation has been completed and on September 11 a decision has been made to close the case due to lack of crime, KNAB reported.

Jurass said that this decision has been predictable because investigation in the case had been delayed and formal.

Information about the alleged crime was published in February 2017. Jurass then indicated, however, that about a year and a half had passed since the attempted bribery already and that this was a very long period of time. “The more time has passed the more difficult it is to prove a crime, let alone a crime requiring specific investigation techniques that have to be used from the very beginning,” Jurass said.

As reported, Jurass, who was fired from his job by the Corruption Prevention Bureau's chief Jaroslavs Strelcenoks, said in an interview with Ir magazine that he had been offered a EUR 1 million bribe in return for changing the charges brought against former head of Latvian Railways (LDz) Ugis Magonis - from bribery to trading in influence, which carries a much lighter sentence.

The Corruption Prevention Bureau later said that Jurass had said too much and therefore significantly impeded the bureau's investigation into his allegations. The Security Police started a probe against Jurass for public disclosure of classified information.

It has also been reported, Corruption Prevention Bureau officers detained Magonis in the summer of 2015. He is suspected of accepting a EUR 500,000 bribe from Estonian millionaire Oleg Ossinovski so that Latvijas Dzelzcels subsidiary LDz Ritosa Sastava Serviss would purchase four old locomotives for several million euros from Ossinovski's company Skinest.