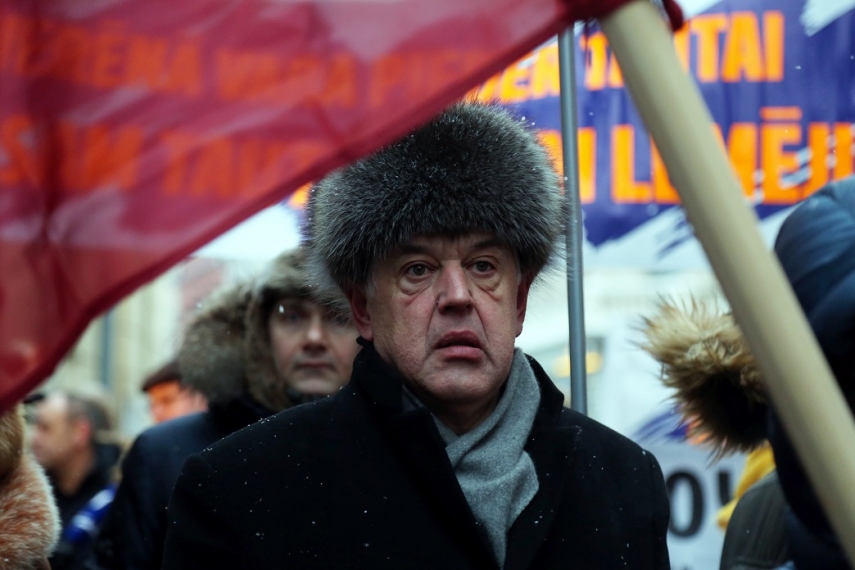 RIGA - The Latvian Security Police has detained Aleksandrs Gaponenko, a pro-Russian radical and the leader of an unregistered organization, the Congress of Non-citizens, over possible anti-Latvian activities, according to LETA's sources.

Lawyer Imma Jansone confirmed to LETA that Gaponenko had been detained. She said he was on her way to see her client, who is to be interrogated yesterday, but could not give the reason for Gaponenko's detention.

LETA could not reach Gaponenko on the phone because the device has been turned off.

The Security Police did not identify the detainee by the name but told LETA that a person had been detained as part of the criminal proceeding opened on April 4 for activities targeting Latvia's independence, sovereignty, territorial integrity and state power in an anti-Constitutional manner. Searches are being conducted at the locations related to the detainee. The Security Police would not give any detailed information, saying it did not want to undermine an ongoing investigation.

The Security Police said that the detainee is already facing criminal charges for instigation of ethnic hatred under a different criminal proceeding. LETA already reported that in February 2017 the prosecutor's office sent to the court a criminal case in which Gaponenko has been charged with instigation of ethnic hatred against Latvians, Lithuanians and Estonians via a Facebook post. The court will start hearing the case on June 19.

In the latest incident involving Gaponenko, Latvian MP Ainars Latkovskis (Unity), the chairman of the parliament committee on defense, interior affairs and corruption prevention, asked the Security Police to probe a recent Facebook post by Gaponenko about the Americans "planning to carry out ethnic cleansing" in Riga.

Gaponenko recently wrote on his Facebook account that he had received information from an ''American friend'', who had said that NATO would hold a vast military exercise in Latvia in May, and during the exercise American soldiers disguised as Russian-speakers will attempt to instigate disorder in an attempt to pin this on Russia. Gaponenko claimed that the Americans, together with the Latvian Security Police, will be carrying out arrests of Russian speakers to put them in concentration camps or to execute them.