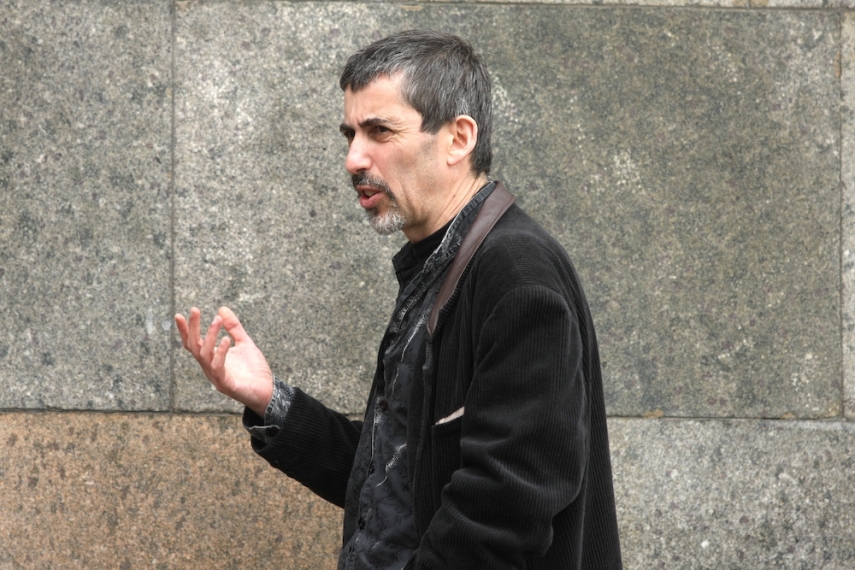 Vladimirs Lindermans' is well-known for his pro-Kremlin rhetoric [Image: db.lv]

A Latvian pro-Kremlin extremist has also been charged in relation to the incident which saw two Russian citizens illegally enter a Latvian military base in June 2015.

Vladimirs Lindermans, notorious for his pro-Kremlin activities in Latvia, has been charged with aiding and encouraging hooliganism after the charges downgraded from terrorist activities and espionage to hooliganism.

At the beginning of June this year, home guards at the Adazi military base not far from the Latvian capital Riga, detained Popko and Kurkin.

The pair had illegally entered the base using a ladder to climb over the fence. An international military exercise, Saber Strike, was underway at the site at the time of the incident.

Lindermans’ lawyer, Jelena Kvjatkovska, told BNS that the prosecutor’s office had brought charges of aiding and abetting hooliganism against her client.

Lindermans pleads innocent, but at the time of the incident, was declared a suspect due to his prior contact with the two Russians and a trip to the Adazi area shortly before the break-in took place.

At the time, Lindermans told the press that to interpret the incident as spying was a “ridiculous fantasy.”, and added while he politically supported the activity, he had not participated in it and the case against him was fabricated.

Imma Jansone, the lawyer representing the two Russians, recently described her clients’ claims as ‘a piece of contemporary performance art’, not a spying attempt.