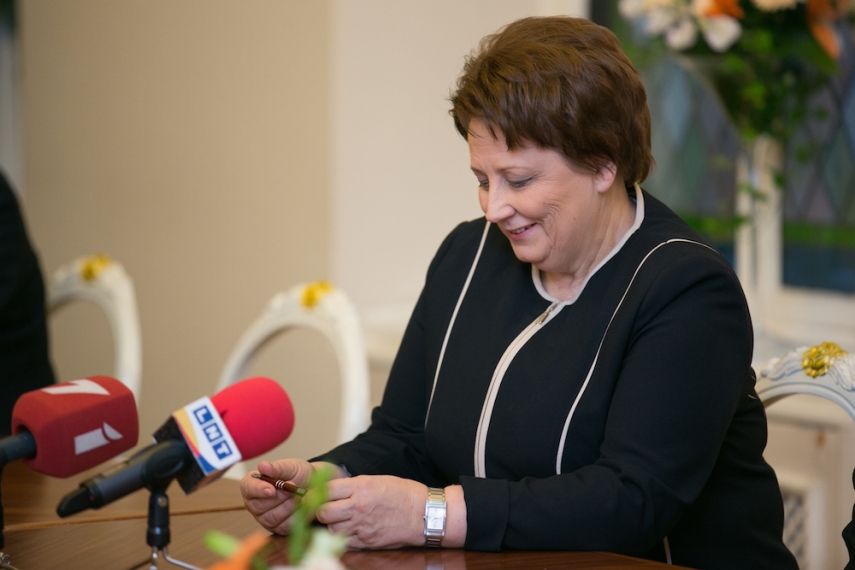 According to Latvia’s Prime Minister, Laimdota Straujuma, the strengthening and developing of the country’s self-defense systems is a priority when it comes to Latvia’s military security.

Her claim comes after reporting on the implementation of the government declaration on October 1, 2015.

The declaration is a document listing the objectives the government will seek to achieve.

As strengthening national security is among the Latvian government’s priorities, the increase of the defence budget to 2 percent of GDP (the level required by NATO) has already been scheduled for 2018 - two years ahead of the 2020 deadline.

According to Straujuma, in terms of internal security, the government has made efforts to fight organised crime, human and drug trafficking as well as strengthening the capacities of law enforcement authorities.

"Border control and curbing illegal immigration has emerged as a vital aspect of national security lately,” she said.

“It should be mentioned that the second largest financing in the next year’s budget has been earmarked for strengthening internal security, which includes the eastern border,” she concluded.

On October 1, Straujuma reported the progress in implementation of the Strategy for Sustainable Development of Latvia up to 2030, the National Development Plan for 2014-20 and the government declaration outlining the objectives of the current Cabinet of Ministers.