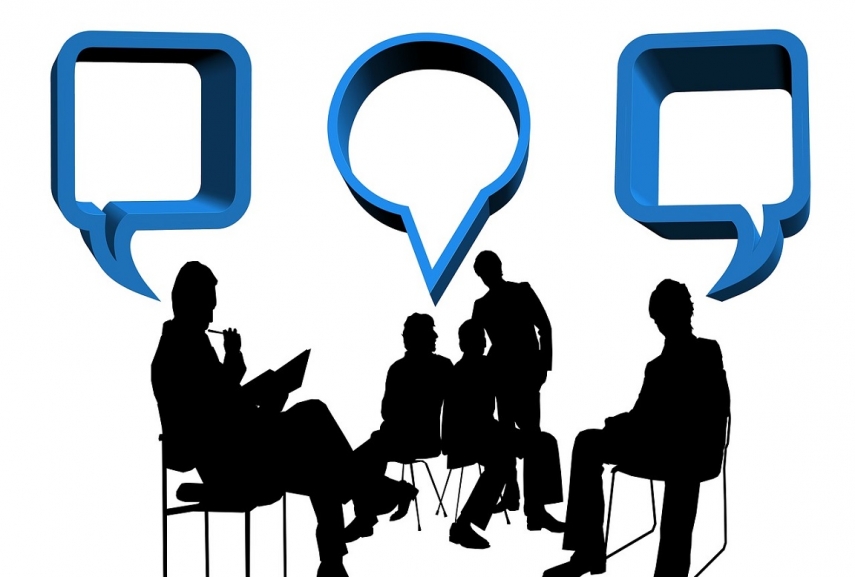 All candidates who claim to have collected 20,000 voter signatures, as required by the law, have been invited to the debates. To ensure more comprehensive discussions, the debates will be split into two parts, with Valentinas Mazuronis facing Naglis Puteikis in the first one, and Gitanas Nauseda, Saulius Skvernelis and Ingrida Simonyte meeting in the second one. The first debates will start at 4.30 p.m., and the second one will start at 7 p.m. The participants have been grouped taking into account public opinion survey results, as is common practice in Western countries and Lithuania.

WHO'S ORGANIZING THE DEBATES?

The debates are being organized by the BNS Lithuania news agency, the Eastern Europe Studies Center, the Konrad Adenauer Foundation, and the Martynas Mazvydas National Library of Lithuania. All costs will be covered by the organizers, with no state budget or candidates' funds involved.

WHEN AND WERE TO WATCH?

The debates will take place at the Martynas Mazvydas National Library of Lithuania but due to a limited number of places, only those with invitations will be allowed in. Every debate participant can bring 20 supporters. Both debates will be live streamed via BNS Lithuania's Facebook and Youtube accounts and at www.bns.lt. All media outlets are free to rebroadcast the debates online, and the delfi.lt, 15min.lt, lrt.lt and diena.lt new websites and the Ziniu Radijas news radio have already informed of their intention to do so.

HOW THE DEBATES WILL TAKE PLACE?

The first debate will be moderated by political scientist Andrius Suminas, and BNS Lithuania's editor-in-chief Vaidotas Beniusis will moderate the second one. The debates will take around an hour and a half each. They will be split into three parts on foreign policy, defense policy and the rule of law. Only the moderator will know the pre-arranged questions, and the candidates will be given 90 seconds for answers. During the event, members of the audience will be able to ask questions on Facebook and Twitter, hashtaged #Debatai2019. Members of the audience are asked to observe silence during the debates, refrain from booing, clapping or holding banners, so as to focus all the attention on the candidates' answers.

WHO'S COMMENTING THE DEBATES?

A discussion on the debates will follow at around 9 p.m. and it will involve diplomat Vytautas Pleckaitis, defense expert Ignas Stankovicius and also Sergejus Muravjovas, head of the Transparency International Lithuanian Chapter. The discussion will be moderated by Ginas Dabasinskas and will take around 20 minutes. It will be also live streamed via the same online channels.