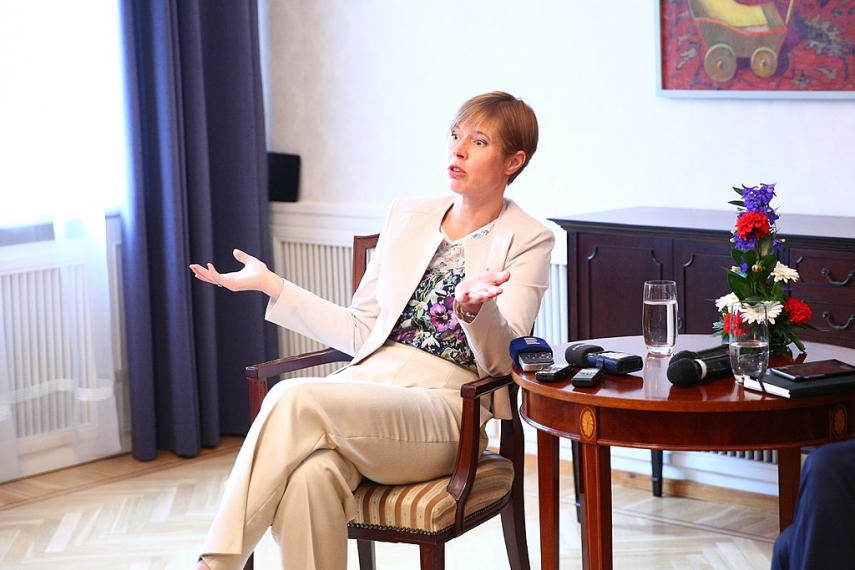 TALLINN – In an interview with the French television channel France24, Estonian President Kersti Kaljulaid said that both the Danish and Estonian supervisory authorities made mistakes in the Danske money-laundering case.

"Estonians had warned that this [suspicious transactions at Danske] is going on and these warnings were not headed. So, it took longer than it should have taken us -- both Danish and Estonian authorities -- to end it, because there was a clear lack of quick cooperation. And I think we should all learn from this, that it is not enough to just send a letter and accept that you were not taken seriously," Kaljulaid said.

"I hope that there will be future analyses which will allow banks to understand that even in the changing security environment and rules world of money-laundering, if you abide by the basic principles of transparency and know-your-client, you will be safe," the president added.

The Financial Supervision Authority (FSA) of Denmark did not take notices from the Estonian counterpart agency about suspected money-laundering at the Estonian branch of Danske Bank seriously and did not even bother to cooperate, the Wall Street Journal said in a lengthy article on the subject published on Tuesday.

The Estonian regulators, despite their limited jurisdiction and resources, raised red flags, mailing about six letters to Denmark's FSA between 2007 and 2014. The complaints became caustic as years went by. One Estonian FSA letter "is brutal…close to the worst I have ever read…and I have read some harsh letters," a Danske compliance officer emailed a colleague according to WSJ.

In 2014, Estonian inspectors decided to search the head office of the Estonian branch of Danske and collected thousands of incriminating documents, even though they had still not received permission from Denmark to do so. They then sent Danske Bank a scathing, 340-page report listing lengthy violations at the Danske branch. The report was in Estonian. It was not translated into English or Danish for another three years, according to WSJ.