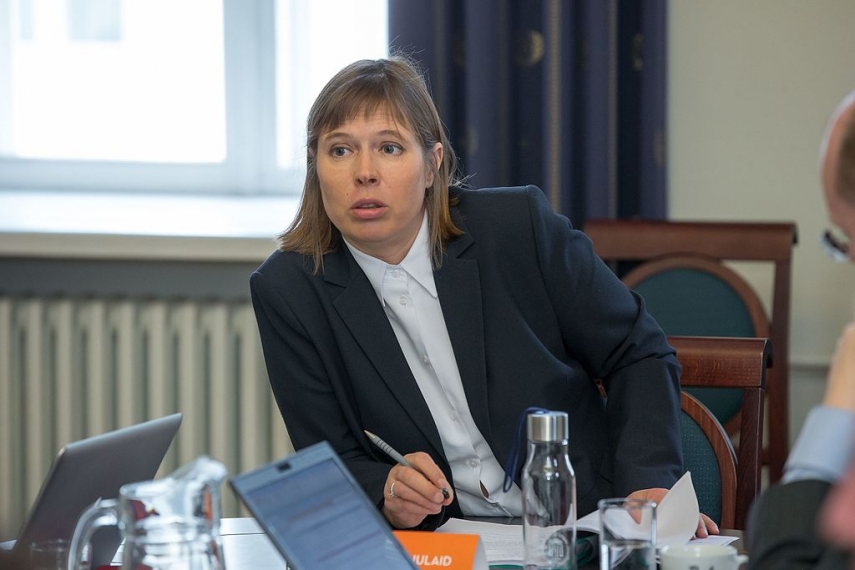 TALLINN - Estonia's campaign to become a non-permanent member of the UN Security Council is an opportunity to increase the country's visibility, President Kersti Kaljulaid, who is preparing for the opening event of the campaign, said on Tuesday.

"Estonia's aim to become a member of the UN Security Council is a brave step -- it shows that in addition to questions concerning Estonia and our region we are ready to take responsibility for or at least have a stance on global topics. The ambition and contribution of our foreign policy should not be limited to countries near us. Becoming a member must be seen as an opportunity to increase the footprint of Estonia's foreign policy and gain friends, something a small country like Estonia could never have too many of," Kaljulaid, who is also the patron of the campaign, said.

Kaljulaid on Tuesday convened a council in Kadriorg, the members of which have the task of thinking along in the campaign of Estonia becoming a non-permanent member of the UN Security Council. The opening event of the campaign's active phase is scheduled to take place in New York on Thursday.

The head of state said that gaining the status of a non-permanent member of the UN Security Council can not be a narrow project of one ministry or department, but must enable and obligate different partners to contribute to it. "The campaign needs thinkers and speakers both in Estonia and elsewhere in the world in order to establish ground and be visible. Members of the council can contribute towards this in their own way," Kaljulaid was quoted by spokespeople as saying.

Estonia already in 2005 made the decision to campaign to become a non-permanent member of the UN Security Council in 2020-2021.

The UN Security Council includes five permanent members who hold veto power -- the United States, Russia, China, the United Kingdom and France -- as well as ten non-permanent members, who alternate in fives every two years in consideration of the principles of regional representation. Estonia is part of the group of Eastern European countries, with Romania considered as Estonia's strongest competition for the membership.