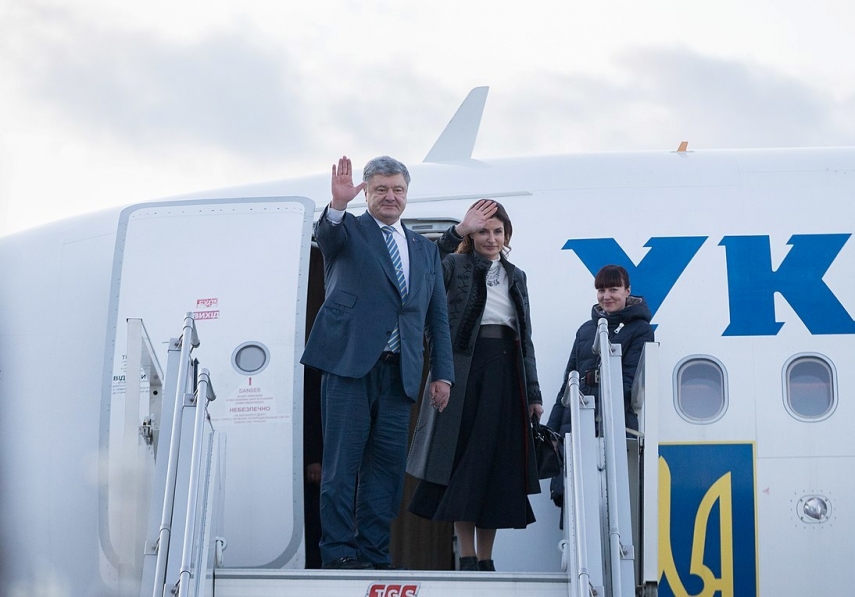 KYIV - Possible attempts to stop Ukraine's entry into NATO and the EU would violate the Ukrainian constitution, considering that such membership is formalized by the fundamental law and is mandatory for all power branches, Ukrainian President Petro Poroshenko told the press during his working visit to France.

"If this process stops, that would be unconstitutional, first and foremost because the Constitution proclaims the European and Euro-Atlantic integration of Ukraine. No one, not a single official has the right to violate the Constitution and stop this process," the presidential press service quoted Poroshenko as saying.

Poroshenko reaffirmed his commitment to the European choice of Ukraine. "We have paid a high price for doing that. The sacrifices made by the Ukrainian people must not be wasted," he said.

According to Poroshenko, not just European leaders have fears about a possible alternation of the Ukrainian course.

"If Ukraine stops and considers the development of its European and Euro-Atlantic integration depending on what the Kremlin says or stalls this process for any reason, such as a referendum, I believe it would be a mistake," Poroshenko said.

"A referendum will be held after the EU opens its doors and Ukraine will be delegating some of its sovereign powers to the EU, just like any other country aspiring to be an EU member has done," he said.

Poroshenko will be competing with Volodymyr Zelensky in the runoff presidential election on April 21.