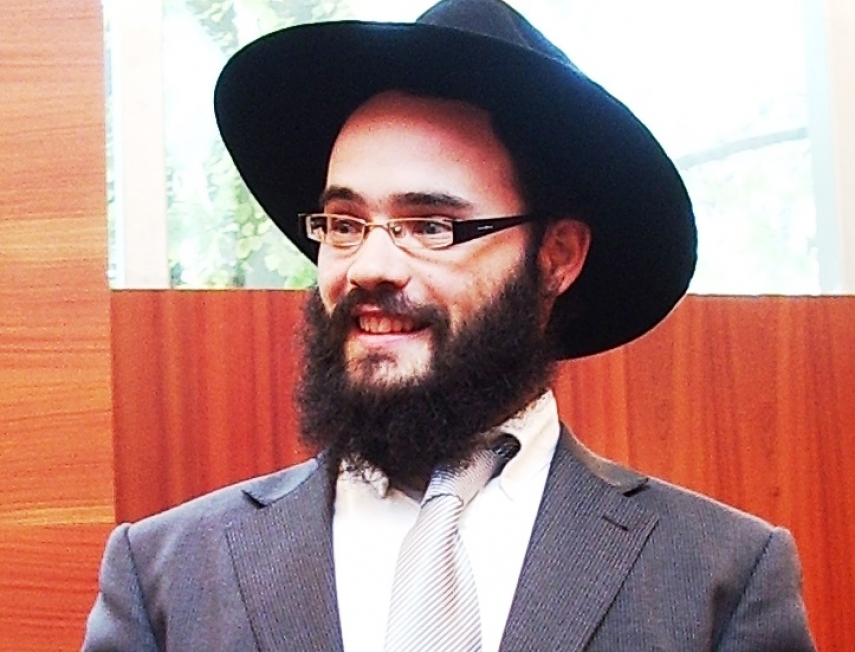 TALLINN – The police have opened a criminal proceeding following a verbal attack committed against the chief rabbi of Estonia, Shmuel Kot, on Saturday, and the person of the attacker has been identified, Postimees reported.

"Today we contacted the chief rabbi and at the moment we are collecting additional information about the incident," Kaido Saarniit , head of the police station for Central Tallinn of the North Prefecture of the Police and Border Guard Board, told Postimees on Sunday.

"We established the identity of the potential attacker and commenced a proceeding based on the section dealing with incitement to hatred," Saarniit said.

"Every person has the right to feel safe in the Republic of Estonia. In addition to physical attacks, the police takes also cases of verbal attack and incitement to hatred seriously," Saarniit said.

On Saturday morning, a young man speaking in Estonian who had been removed from a tram in downtown Tallinn by the municipal police (mupo) for stealing a ride shouted remarks "Jews to the oven" and "Heil Hitler" at the chief rabbi who was passing by the mupo van with his children.

"Yesterday [on Saturday – BNS] an incident took place where a mupo patrol had to mete out a fine to a young man who had boarded a tram without a ticket," spokespeople for the municipal police told BNS.

"The visibly nervous young man who had made profane remarks at the patrol kept talking to an acquaintance of his on the cellphone throughout [the incident]. During the procedural act, the rabbi with children passed by at some distance, in whose direction the young man in a state of nervousness voiced insulting remarks. The mupo patrol intervened in the situation immediately and ended the young man's improper behavior, promising to call the police if not obeyed," spokespeople for the municipal police said.

"The young man stopped his activity and with that the incident ended. The rabbi did not turn to the mupo patrol and the mupo patrol had no contact with the rabbi. Video recordings have been forwarded to the police and the police will handle the case from this point on,” the municipal police added.

The head of the Jewish community of Estonia, sworn advocate Alla Jakobson, said that the incident took place at about 9 a.m. on Saturday when the chief rabbi was proceeding from his home to the Tallinn synagogue.

"He was walking by with his children when the young man began shouting at him, was very aggressive," Jakobson told Postimees on Sunday. "I was not there, but the rabbi said this."

Jakobson talked to Postimees after the chief rabbi, reached by Postimees for comment, had directed the journalist to Jakobson. Jakobson described the incident as a random situation which occurred at a moment difficult for the society after the elections.