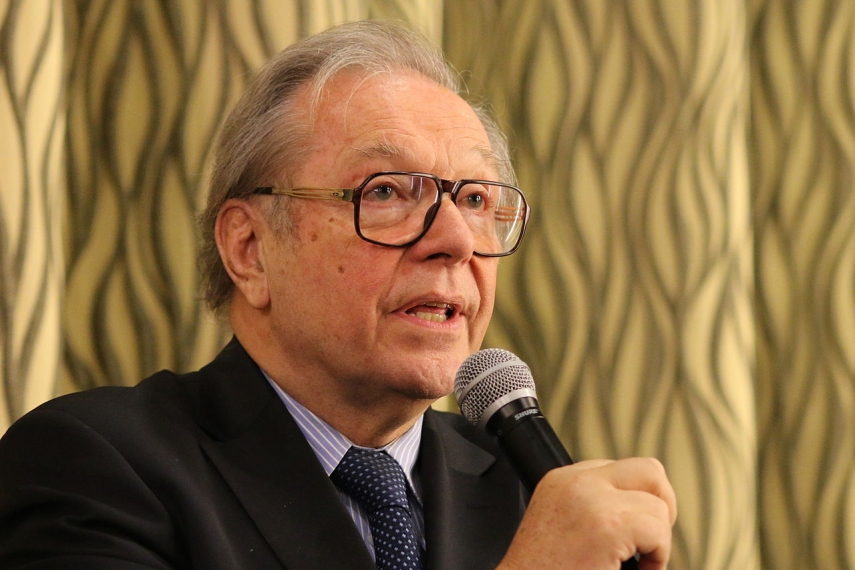 VILNIUS – Polish film director Krzysztof Zanussi on Sunday received a lifetime achievement award from the Vilnius International Film Festival Kino Pavasaris for his contribution to cinema and long-term friendship with the festival.

Vida Ramaskiene, the festival's director, highlighted the influence of Zanussi's work on the Polish and European cinema, also recognizing that the Polish director's participation in the Vilnius International Film Festival has contributed to its growing quality.

"I am delighted to have this opportunity today to thank for your cinematic erudition and experience," Ramaskiene said.

Accepting the award, Zanussi promised to the festival's organizers and the audience to bring his new films to the Vilnius International Film Festival for many years to come.

Zanussi, 79, has educated young Lithuanian film creators for many years, and has also staged a play at the Juozas Mitlinis Theater in Lithuania's northern city of Panevezys.

During his long-standing career, Zanussi has received top awards in France, Italy, Ukraine and Lithuania.