POFF lights up the dark in 19th year 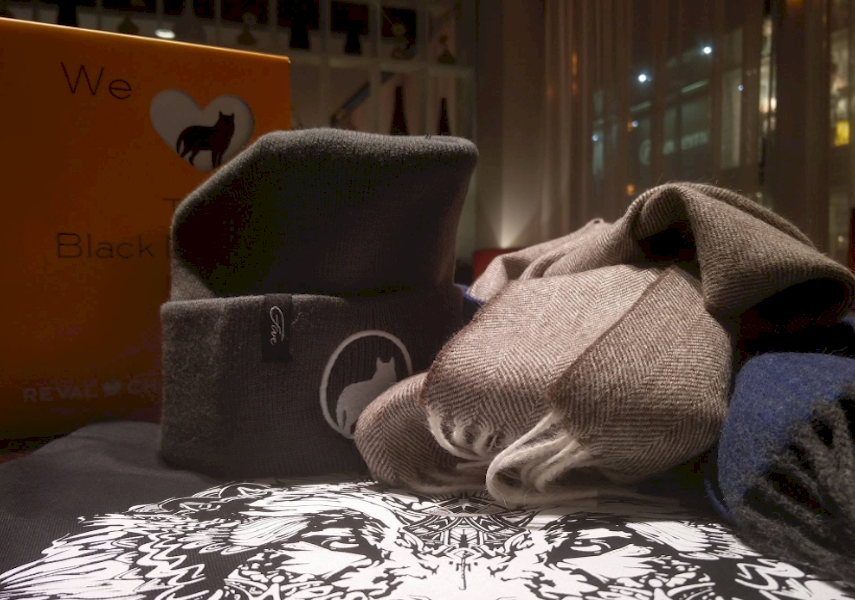 NICHE FILM FESTIVAL: A good way to keep warm in the winter months.

TALLINN - It may be a niche film festival on a calendar that also includes giant occasions like Cannes and Sundance, but the Black Nights Film Festival, or POFF, has put Tallinn on the international film map, growing in each of the 19 occasions it has taken place since 1997. Although there may be glitzier occasions where you are more likely to see the likes of George Clooney or Angelina Jolie Pitt, POFF offers the chance to have a conversation at close quarters with stars, writers and directors of excellent films that deserve their chance to shine.

The winner of POFF’s Grand Prize for Best Film, and a 10,000-euro grant from Tallinn City Government, was South Korean director Lee Joon-Ik’s “The Throne,” a conspiracy drama looking back at the imprisonment and starving of Crown prince Sado in 1762.  Meanwhile, Isaka Sawadogo, who played Yaya in main prize contender “The Paradise Suite,” took the award for Best Actor. “The Paradise Suite” follows the intertwining stories of migrants in Amsterdam, including Sawadogo’s character, an illegal immigrant who works in a greenhouse. The film’s themes of transience and change perhaps struck a chord amongst the jury, in a year in which there has been a well-publicised debate over the question of Estonia taking refugees from war-torn countries.

Though there is something of a running joke among POFF attendees that “Black” applies not only to the darkness of the nights in Tallinn at this time of year, but also to the ambiance of the films being shown, in fact POFF organisers have always gone to great lengths to show a diverse range of films. This year the two-week festival, taking place in Tallinn, Viimsi, Tartu, Narva, Kardla, Parnu, Paide, and Kivioli, showed everything from children’s morning cartoons, to Kote Miqaberidze’s borderline-unhinged but influential 1920s Georgian classic “My Grandmother,” to Asif Kapadia’s masterful and extremely-successful archive-and-interview study of Amy Winehouse, “Amy.”

POFF’s “Vitamin Boost” programme is always a treat, with the films both sunny in colour and nature, bringing a burst of happiness to the long autumn. One of the highlights of the 15-film programme was the sun-drenched “The Beautiful Island / La Isla Bonita”, featuring a gorgeous young cast alongside some superb older actors, in a Woody Allen-esque setup about a publicist visiting his friend on Menorca, only for awkwardness and misunderstanding to follow him everywhere.

One of the surprise gems of the POFF programme was “Experimenter,” in which Peter Sarsgaard plays the real-life psychologist Stanley Milgram, who sets out to prove that all men and women, in certain social conditions, are capable of torture. The premise does not invite smiles, and yet this sensitively-filmed story is designed not to shock, but to explain the humanity behind Milgram’s apparently inhumane experiments. The electric-shock treatments on subjects who answered word-association games wrongly were actually, the film explains, staged using tape recordings, to elicit reactions from those administering the shocks.

Milgram had a political agenda, having been scarred by knowledge of the Holocaust, with his psychological studies partly an attempt to understand how Nazi war criminals such as Adolf Eichmann could claim, as they did, that they were only following orders. Placed in its historical context, “Experimenter” is a fascinating piece of historical docu-drama, illustrating how a difficult topic can be approached with both appropriate gravity and also humour — even with such a potentially-problematic plot, there are several laugh-out-loud moments.

POFF gets this balance right again and again, providing ample opportunity for every film-goer to speak openly with writers and directors, who visited to talk about their films after many of the screenings. It is the kind of film festival that shows how cinema can shine a light on humanity, its hopes and its dreams.