PM says govt will do everything to ensure security of Estonia 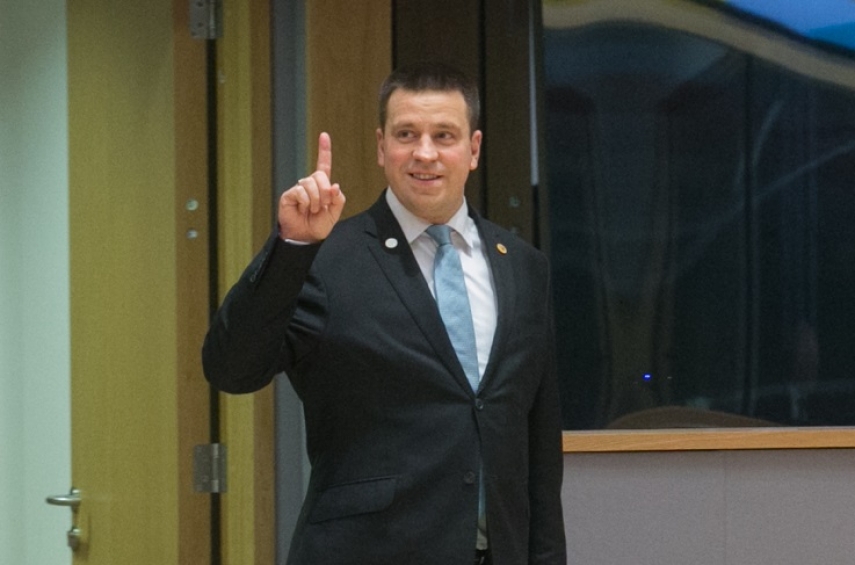 TALLINN - Prime Minister Juri Ratas said in an end-of-the-year interview with Postimees that he altogether disagrees with the criticisms expressed by the president, and the government is doing everything to ensure constitutional order and the security of Estonia.

"If you ask what is the main wish, being the prime minister and leading the government, it is to do good to Estonia and stand for the Estonian people. I have never been someone who tries to hold on to their seat by all means or would elbow their way in, but it's also true that when the supreme power has elected the Riigikogu, there is political competition in the Riigikogu and through it governments and also oppositions are born," Ratas said.

The prime minister and chairman of the Center Party said he remembers on the example of his own party how they were told during ten years that they were not suited for the government.

"Nevertheless, people elected the Center Party into compositions of the Riigikogu on and on. I believe that excluding someone is not right. This maybe is my idea in Estonian politics, that you cannot go very far powerfully drawing red lines or excluding someone," Ratas said.

The head of government said that he definitely will never support when being part of the government Estonia exiting the European Union.

"2019 is the year when Estonia has been able to say that we have been in both the European Union and NATO for 15 years. We can say that these have been among the most successful years for us economically, but what's more important still is ensuring peace. Both international organizations have done it very well," Ratas said.

Ratas said he doesn't agree with the president, who has said that the current government poses a threat to Estonia's constitutional order and the security of the state.

"Today's government ensures the constitutional order in Estonia, does everything in order for the security and protection of Estonia to become stronger. The president is that beacon in Estonia who must do everything -- no matter how difficult that might be -- to keep Estonian society together," Ratas said.

"Of course I respect the president, and she has the right to say what she considers right, but if we look how Estonia has strengthened its positions on the international arena in 2019, all that says something else. Take becoming member of the UN Security Council. A very strong achievement for the sake of which diplomats, the foreign service and many members of the Riigikogu made an effort. Also the president made a contribution to it," Ratas said.