Paintings, graphic art, sculptures by outstanding Latvian artists to be displayed at Musee d’Orsay in Paris 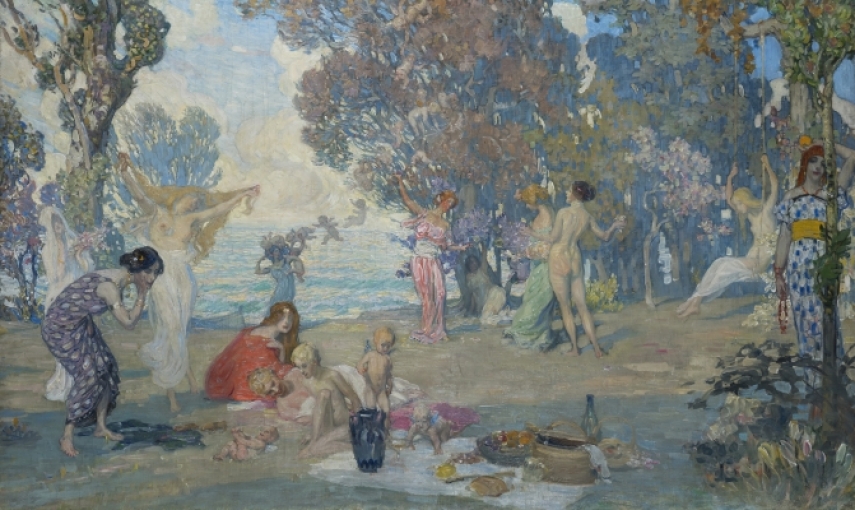 RIGA - The exhibition “Wild Souls. Symbolism in Art of the Baltic States” which is due to open soon at the Musee d’Orsay in Paris, will feature paintings by celebrated Latvian artists Jans Rozentals, Vilhelms Purvitis and Johans Valters from the permanent exhibition of the Latvian National Museum of Art, the museum’s head of collections and research Aija Braslina said at a news conference today.

In addition to these paintings, artworks by Aleksandrs Romans, Peteris Kalve and Rudolfs Perle, graphic drawings by Teodors Uders and sculptures by Teodors Zalkalns and Burkarts Dzenis will also be displayed at the exhibition which is being organized in Paris as part of the celebration of the Baltic states’ centenary.

Creators of the Paris exhibition are currently working on the catalogue, the original version of which will be published in French, but later, as the exhibition tours the Baltics, it will be translated into Latvian, Estonian and Lithuanian, as well as English. The exhibition’s tour dates are not known yet, Braslina said.

The Baltic art exhibition will be on display at the Musee d’Orsay from April 10 to July 15. A documentary film will also be shot about Baltic art during that time. The event’s academic part includes two conferences. One of them will take place on April 10 and will gather directors of Baltic museums, and on May 3 three researchers from each Baltic state will be telling about national cultural heritage and symbolism in Baltic art.