Ovostar under the radar of corruption prevention authorities in Latvia 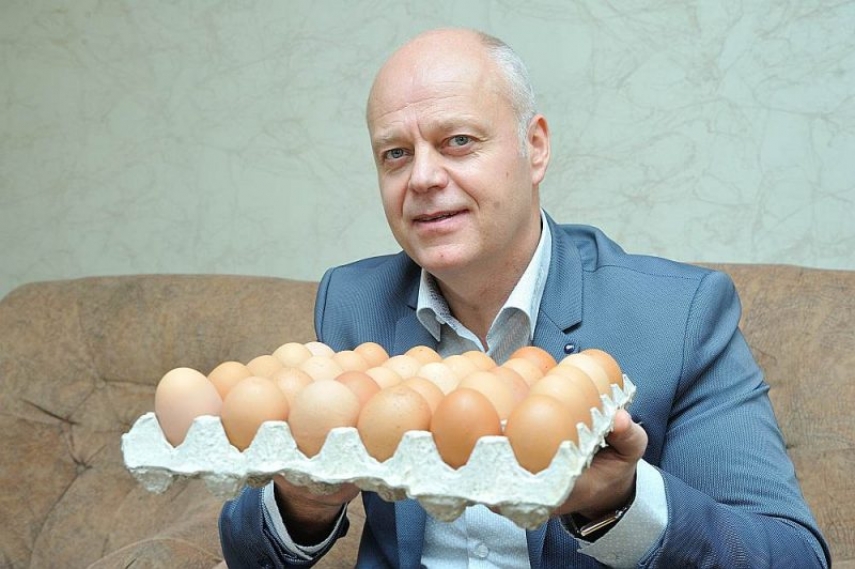 The Corruption Prevention and Combating Bureau of Latvia (KNAB) is investigating information submitted by the Latvian Eggs Producers Association about potentially illegal activities of the Ogre municipal authorities when they permitted the company Gallusman to acquire a land property in the Madliena local district, said the LETA news agency.

KNAB has sent a letter to the association pointing that it has launched investigation based on the legal frame for its activities.

The Latvian Eggs Producers Association reportedly wrote to KNAB calling to check actions of the Ogre municipality letting the company Gallusman to buy land in the Madliena district. In the association’s opinion a group of Ukrainian and Latvian investors, Ovostar Union, which controls Gallusman, does not meet any legal requirements for privatization of land in rural regions so that it could acquire land in Latvia.

"Gallusman did not have the right to acquire property in the Ogre region and the permission of the Ogre municipality was given against this legal framework. Therefore we are calling upon KNAB to check the land acquisition deal in the Ogre region," said Anna Erliha, executive director of the Latvian Eggs Producers Association.

Ovostar Union has also informed about plans to build an egg plant in Latvia. By the year 2026, the company wants to invest at least 85 million euro and create up to 200 new jobs. The construction work is set to begin at the second half of 2019.

Gallusman intends to build a compound for hens and an egg factory holding up to eight million hens, including 18 hen barns, nine barns for young birds, a building for sorting eggs, a feed production plant complete with a storing facility, as well as nine grain towers. The compound could be equipped with a biological gas station. Eight million birds could produce 259 tons of manure. The project is planned to be implemented in two staged, the first barns could be ready by the end of 2020, the next building by the end of 2026.

Ovostar Union is a group of companies uniting several firms based in different countries and dealing with eggs production, processing and sales in world markets. Its turnover reached 125 US dollars (110 million euro) in 2018, it exported products to more than 50 countries. The concern employs nearly 1700 people. Since 2011 its shares are quoted at the Warsaw Stock Exchange.