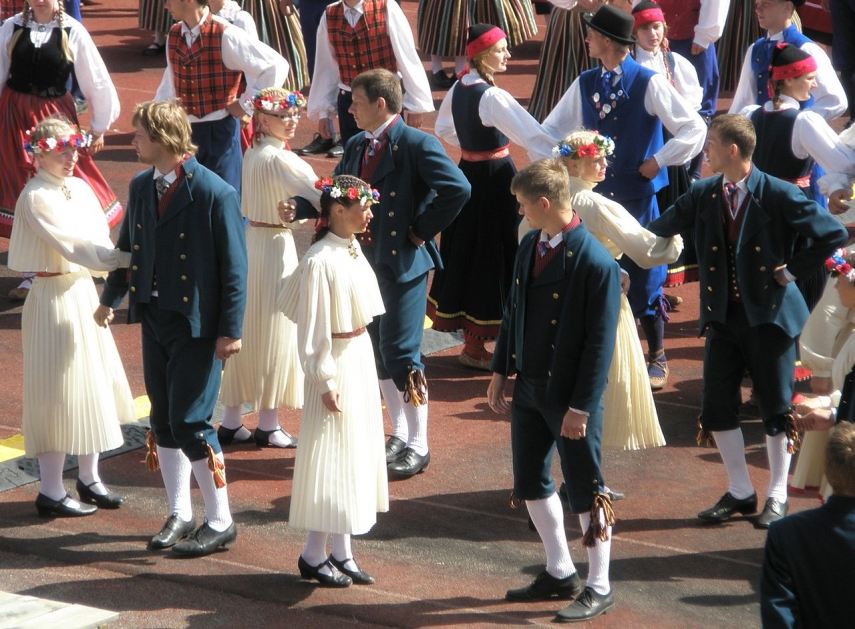 TALLINN - Over 50,000 tickets have already been sold to the jubilee Song and Dance Festival this year.

The tickets of the three concerts of the 20th Dance Festival titled "My Fatherland is My Love" have by now been sold out or booked. There are still tickets to the general area of the two concerts of the 27th Song Festival. The tickets of the Dance Festival have been sold out before the celebration for all of the last few dance celebrations, however, not within the first month of their sale.

Sten Weidebaum, head of communications at the Estonian Song and Dance Celebration Foundation, said that the tickets of the three concerts of the 20th Dance Festival that went on sale in January were sold out or booked in less than a month. Over 20,000 tickets have been sold and booked to the Song Festival in the first weeks -- there has never been such high interest in it in such a short period of time. "This is a tribute to our singers, dancers and musicians, who namely over these weeks have been working hard with the repertoire in rehearsals and preparing for summer performances," Weidebaum said.

"The organizational team of the dance grounds is weighing options for installing additional bleachers for all three Dance Festival concerts at Kalev Central Stadium and experience says that tickets may become available from bookings that will not be bought in the end. If there are additional options, we will definitely let people know, but this is likely to happen in the second half of April with regard to bookings," Weidebaum said.

Tickets are still available to the general area of the two concerts of the 27th Song Festival. Discounted tickets will be on pre-sale until the end of May, while starting from June, tickets will be sold at festival period prices.

The 27th Song and the 20th Dance Festival will take place from July 4-7 at the Tallinn Song Festival Grounds and Kalev Central Stadium, respectively. The year 2019 as a whole will bear the name "150 Years of Song: The Jubilee Year of Estonian Song and Dance".