Ossinovski: SDE must learn from mistakes made 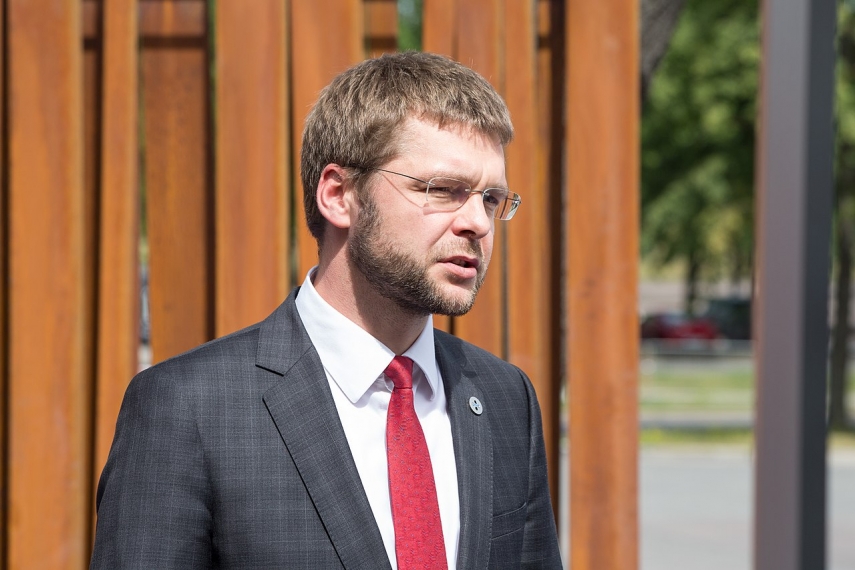 TALLINN – Outgoing leader of the Estonian Social Democratic Party (SDE) Jevgeni Ossinovski, who spoke at the party's convention in Tartu on Sunday, summed up his time as party chair and called for fellow party members to learn from the mistakes made and continue building a social democratic Estonia.

"I have had the honor as chairman to serve the world's most awesome country for four years. I have had the honor to lead a party whose values are the only ones that guarantee the survival of a friendly, smart and open society, but whose plan for Estonia is so long that most of the voters did not find us yet. We value everything important that has been achieved in Estonia thanks to us. We will learn from our mistakes so as to not repeat them and will continue building a social democratic Estonia with courage and confidence," Ossinovski, who will leave his position as SDE leader on Sunday, said.

The party recently concluded its longest ever successive period of governance.

"We built a more social democratic Estonia for altogether five years in three governments. The last government was especially significant as we were in a left-centrist government coalition for the first time and we were able to fulfill all our most important election promises in most fields of policy. There has not been such vigorous progress in culture, health, education, as well as internal security and many other areas of life for years," Ossinovski said. "The voter thanked us for this but gave us a third less seats in the Riigikogu, as a result of which we are the smallest group in the parliament and, as such, in the opposition," he added.

Ossinovski then analyzed thoroughly why bearing the responsibility of governance brought along a decline in the popularity of SDE.

"Forgive my modesty, but the greatest mistake of the party was that its chairman was Estonia's best ever minister of social affairs. And definitely not because I am a better expert in the field than Eiki [Nestor], Marju [Lauristin], Helmen [Kutt] and Riina [Sikkut]. I definitely am not. I was the party's chairman and this gave me the necessary shoulder of power in the government coalition to carry out sharp but essential social policy changes," Ossinovski said.

As the most important thing, Ossinovski highlighted the healthcare funding reform as a result of which the funding of the Health Insurance Fund is to increase gradually by way of an additional allocation to foremost shorten medical specialists' waiting lists.

"And although the additional money immediately presented initial results across specialties, the patient, of course, has not yet felt the whole thing. Good fruits ripen for a long time," he said.

Ossinovski touched more thoroughly on alcohol policy, which is within the field of responsibility of the health minister and where previous ministers insensitively left the necessary things to gather dust in the drawer.

"They did not do it by accident, every minister knows that the alcohol and pharmaceutical industries are the most brutal lobby groups," he said. "Tarmo Noop can afford to hire a PR office the good work of which results in us being able to read from a newspaper that Estonia's actual problem lies in that we drink too little beer. However, an elderly mother whose drunkard son beats her on pension day in order to get money for vodka does not write in a newspaper. But somebody has to stand up for her, after all," Ossinovski added.

In alcohol policy, too, the positive impact on people's health is not seen in one or two years, but in five, or in some cases, 10 years, he added. According to Ossinovski, one of the mistakes of the previous government was that too many things were taken up at once.

"We did not have enough time to discuss the policies in the party. As a paradoxical result, all parties of the most ambitious government coalition of the last 15 years lost support in the elections. Thus, a lesson for the future. We will do significantly less but will be able to explain it to the society better," he said.

In his speech on Sunday, Ossinovski also discussed the Estonian Conservative People's Party (EKRE) as well as the invasion of brutal populism in the world and in Estonia.

"It has been thought that our confrontation with EKRE has damaged us. There is not artifical political technology confrontation, simply the value worlds and the ethical principles of behavior of us and the leaders of EKRE are objectively opposite. Sociologist Tonis Saarts has phrased the wish of EKRE leaders as wanting to replace the Estonia that has been based on liberal values so far with a new Eastern European democracy model and extremely national conservative system of values. Promoting this kind of value image is EKRE's democratic right. And it is our democratic right to announce that our examples are Nordic countries, which have been established on the basis of solidarity and freedom. That we do not want a society in which every nonconformist, weaker or different person in whichever way feels degraded. There is no conciliatory middle ground in a question of value -- one cannot be partly persecuted," Ossinovski said.

He added that human rights will also not be politically cheapened.

"The protection of human rights is not a niche policy, but foundation. The foundation that free Estonia has been built on so far and must be built on in the future," Ossinovski said.