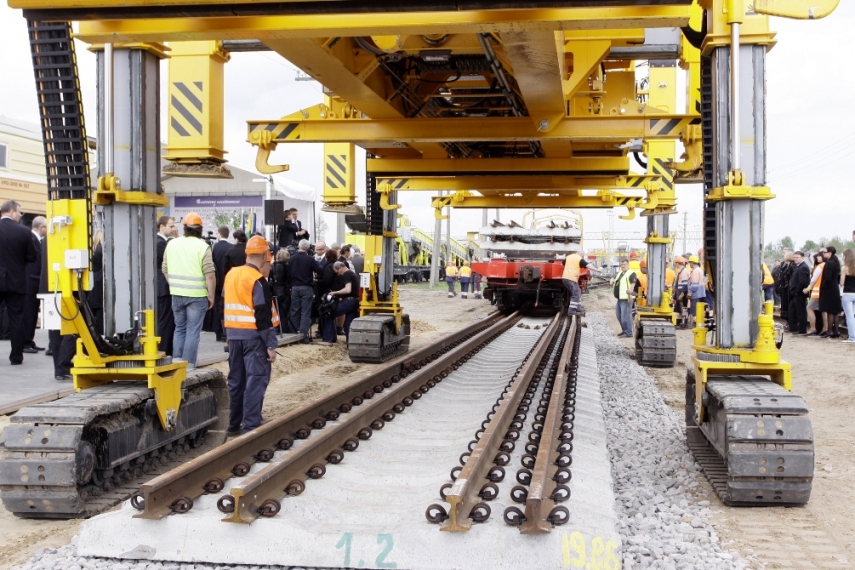 TALLINN - Avalikult Rail Balticust (ARB), a nonprofit bringing together Estonian opponents of Rail Baltic, has learned from the European Commission that the Commission has not assessed the new cost-benefit analysis of the railroad intended to connect Tallinn with the Central European railway system.

The information came in the Commission's response to an analysis by ARB of alleged mistakes found by it in the analysis completed in January.

"ARB sent an analysis of mistakes worth at least 4.1 billion euros contained in the cost-benefit study conducted by Ernst & Young (EY) last year to members of the government, RB Rail, auditors general and the European Commission. According to the analysis by ARB, following the elimination of mistakes, the cost-benefit study demonstrates that Rail Baltic in its intended form is not feasible socio-ecomically and is harmful for Estonia," the nonprofit said.

"In the response that ARB has received from the European Commission it is explained that experts of the European Commission have not evaluated the cost-benefit study by EY because it has never been filed with an application for funding. The Commission has argued earlier, however, that the study is consistent with valid requirements because it was commissioned from a trustworthy auditing company and the methodology used in it is correct," ARB said.

"The argument that the methodology of the cost-benefit study is correct only means that the study indeed contains the mandatory cost and revenue lienes. We assert that the numbers on some of these lines are incorrect, and now finally the European Commission admits that they have not assessed it either," said Priit Humal, member of the board of ARB.

He said that the response received from the Commission does not fully satisfy ARB because some of the questions have been ignored. RB Rail and members of the government have not responded to the letter.

Humal said that while ARB considers a sensible rail connection with Europe to be very important, it is against lying, manipulation and secrecy. "The new railway connection has to be established in a manner that would be viable and beneficial for our residents," he said.

Humal added that since RB Rail CEO Baiba Rubesa refused ARB floor at an upcoming conference on Rail Baltic, they are about to hold a rally in front of the conference venue at Tornimae 3, Tallinn from 9 to 10 a.m. on Tuesday.