On the Edge of the World 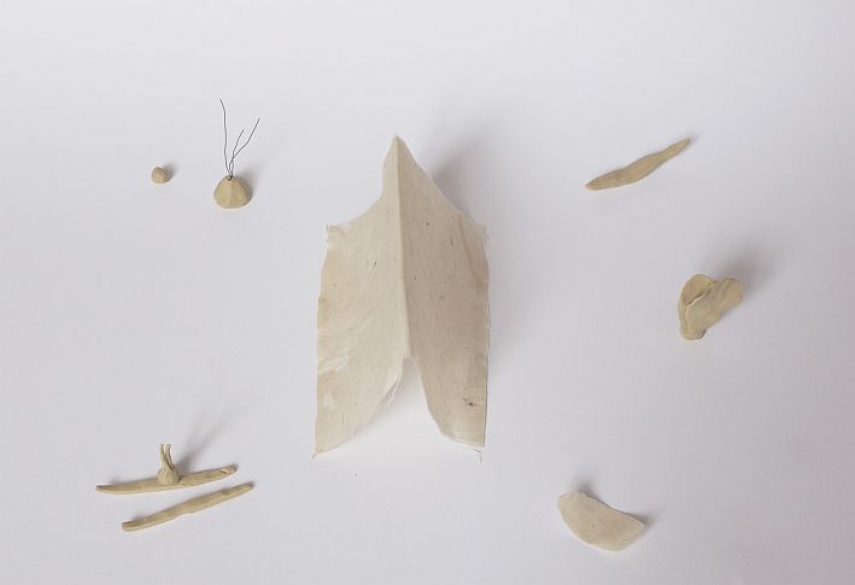 RIGA - On the Edge of the World, an exhibition of paintings by Henrijs Klēbahs in collaboration with artists Artūrs Arnis and Liene Mackus, which continues the museum’s cycle of exhibitions The Generation, will be on view in the 4th Floor Exhibition Halls of the main building of the Latvian National Museum of Art in Riga (Jaņa Rozentāla laukums 1) from 16 February to 31 March 2019.

Henrijs Klēbahs is known as a painter of cities, fields and harsh northern landscapes, who was preoccupied by the search for new motifs and moods for his entire life. In his experiments with the most diverse materials, means of expression, angles and form, the artist was guided by an untiring desire to unceasingly recreate what he had found, often sacrificing the stylistic uniformity of the
work to achieve this goal.

Artūrs Arnis and Liene Mackus’ spatial and sculptural installations are characterised by landscape - like structures and forms, with their abstracted and mystified sculptural objects resembling archetypal primal images or shamanic visions. Similar to Klēbahs, visual impulses are significant for Arnis and Mackus, who activate quieter or more dramatic moods with arrangements of light,
sound, temperature and placement. In highlighting the oeuvre of the old master, as well as marking Klēbahs’ ninetieth birthday, this exhibition takes the format of a dialogue, allowing past legacy to synthesise with the perspective of contemporary artists.

The exhibition, whose title is borrowed from Henrijs Klēbahs’ 1971 painting On the Edge of the World, predominantly includes monumental winter landscapes made in the 1960s and 70s as well as more lyrical views of cities and fields, revealing the artist’s beloved season as a suitable theme for testing the possibilities of the genre and a rich soil for experiments with artistic means of
expression. The exposition shows a selection of works from the collections of the Latvian National Museum of Art (LNMA), Museum of the Artists’ Union of Latvia and Jānis and Dina Zuzāns.

Likewise, the exhibition demonstrates Artūrs Arnis and Liene Mackus’ installations inspired by the paintings of the master.
Thanks to SIA Alfor support, an illustrated exhibition booklet has been published in frames of the project.

Henrijs Klēbahs (1928–1998) was a Riga-born Latvian artist, who in addition to painting worked as a decorator, stage designer, scriptwriter and Head of the Exhibition Department of the Art Fund. Graduated from the Department of Art Pedagogy at the Janis Rozentāls Art High School (1946–1949). Studied at the Department of Art History of the Faculty of Philology of the University
of Latvia (1949–1950) until it was closed. Entered the Department of Painting of the Art Academy of Latvia (1950–1953), but left without completing his studies. The artist considered his years of work at the Valmiera Drama Theatre under decorator Rūdolfs Pīlādzis as his true school of the craft.

He took part in exhibitions since 1956, also holding several personal exhibitions in Riga (1968, 1978, 1980, 1991), Bulduri (1975), Vecpiebalga (1982), Valka (1987), and fishermen’s kolkhoz 9 May (1988). In their time, Henrijs Klēbahs’ works were shown in the so-called All-union Art Exhibitions and abroad (for example, Finland). Like many artists, he went on creative trips, for example, to Krasnoyarsk (Russia). In 1961, he became a member of the Artists’ Union of Latvia, later also member of its board, member of the bureau of the Section of Painting and member of its Artistic Council. For several years he worked as Head of the Exhibition Department of the Art Fund. He also wrote fiction and film scripts under the pseudonym Henrijs Vents.

Artūrs Arnis (1981) graduated from the Department of Stage Design at the Art Academy of Latvia. He has created stage design for productions in Dirty Deal Teatro, Daile Theatre, The New Riga Theatre, Liepāja Theatre, Mikhail Chekhov Riga Russian Theatre, Latvian National Theatre, Valmiera Drama Theatre, as well as exhibition design. Together with artist Liene Mackus, he has
realised several art projects, including the exhibition Winter Sleep (2015) in the Office Gallery of the Latvian Centre for Contemporary Art, which was nominated for the Purvītis Prize, and Sunrise (2017) in the Creative Studio of the ARSENĀLS Exhibition Hall of the LNMA. Currently works at the Latvian College of Culture and the Art Academy of Latvia.

Liene Mackus (1984) earned a master’s degree from the Department of Sculpture at the Art Academy of Latvia. The artist makes sculptures, builds installations, draws illustrations and films animations. Has taken part in such exhibitions as A Bigger Peace, A Smaller Peace (2016) and The Future State (2018) in the ARSENĀLS Exhibition Hall of the LNMA, Cēsis Art Festival and
contemporary art festival Survival Kit. Together with Aigars Bikše and Māris Bērziņš she worked in the group Anna Varna. Later began collaboration with artist Artūrs Arnis, together holding several art projects, including the exhibition Winter Sleep (2015) in the Office Gallery of the Latvian Centre for Contemporary Art, which was nominated for the Purvītis Prize, and Sunrise (2017) in the
Creative Studio of the ARSENĀLS Exhibition Hall of the LNMA.

ABOUT THE CYCLE OF EXHIBITIONS THE GENERATION

Each generation belongs to an era. In its cycle of exhibitions The Generation, the Latvian National Museum of Art (LNMA) focuses on art of the second half of the 20th century. The cycle’s programme, which will be realised from 2016 to 2020 in the 4th Floor Exhibition Halls of the main building of the LNMA, includes separate expositions dedicated to such important figures in Latvian
art as Felicita Pauļuka, Biruta Baumane, Daina Riņķe, Henrijs Klēbahs, Līvija Endzelīna, Gunārs Cīlītis, Rita Valnere, Aleksandrs Stankēvičs, Rūsiņš Rozīte, and Gunārs Krollis.

It is a generation of artists which were born during the first Latvian Republic in the 1920s–30s and went through dramatic epochal shifts. The free yet authoritarian Kārlis Ulmanis’ Latvia was followed by one occupation, then another, a war, another occupation and the introduction of Socialist Realism in art. Yet this was the generation which possessed youth, power and energy in the period of totalitarianism. On the one hand – communist ideology, on the other – the artists’ bohemian life imbued with idealistic hope.
There were many who in their youthful enthusiasm wanted to create “new art” or even “free art”. In 1956, the 3rd Congress of the Artists’ Union of Latvia took place in the elevated mood of the Khrushchev Thaw. It marked the arrival of young artists, who pointed to the necessity to establish a separate Section of Young Artists and to organise special young artists’ exhibitions. The First
Exhibition of Young Artists’ Works was organised in 1956, and since then these annual shows became an influential event in the artistic calendar. The young artists of that time were active participants in exhibitions.