NO INFLUENCE WITHOUT COMPETENCE! - NGO project in Kandava (Latvia) regarding EU completed 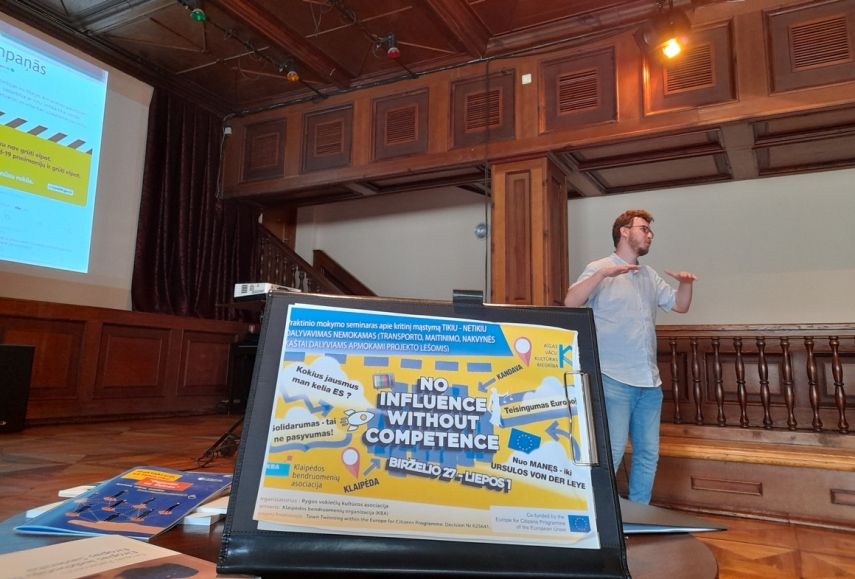 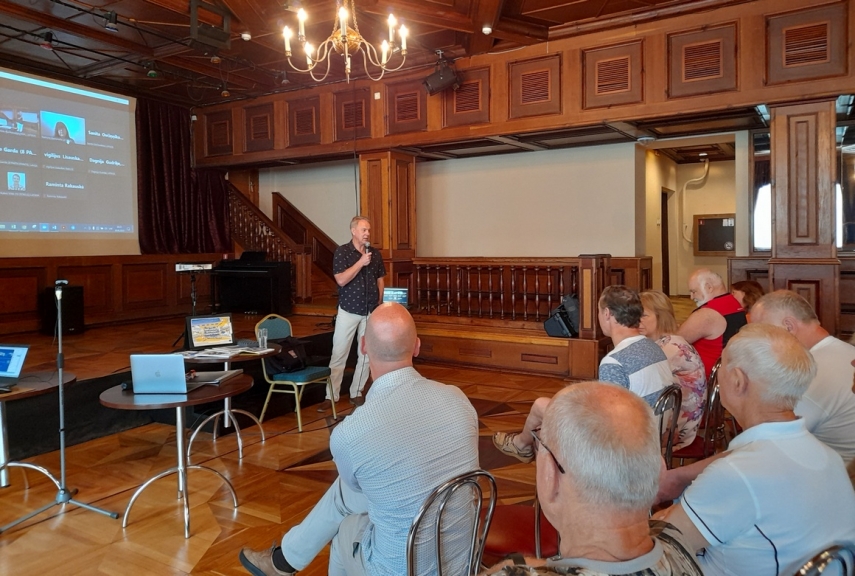 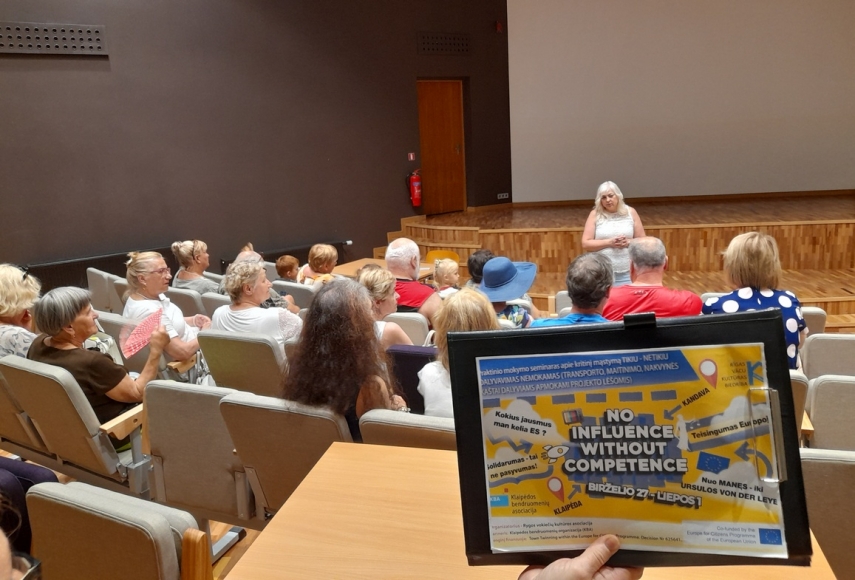 During the week after Midsummer (27.06. - 01.07.) an international Town Twinning project supported by the European Commission "Baltic forum for strengthening civic capacity "NO INFLUENCE WITHOUT COMPETENCE! "" took place in Kandava where around 100 Latvian and Lithuanian participants took part. The multi-day series of seminars made it possible to gain an in-depth understanding of the theory and practice of the creation and existence of the European Union, as well as future challenges, and there are quite a few of them! Top experts worked with the target audience, and heated discussions sparkled.

The activities "From me to Urzula von der Leyen", as well as "Judiciary in Europe", gathered respected lawyers and politicians (J.Streļčenoks, I.Druviete, Ģ.V.Kristovskis). The participants also visited the Kurzeme district court where there was a unique opportunity to see the work of the court and meet the judges.

The visit to the Tukums County Council and the discussion with the vice-chairman Mss. Inga Priede was particularly important. The participants were interested in the assessment of the impact of the regional reform, as well as the practical possibilities of supporting civic initiatives and NGO work for the development of the county.

One of the most shocking training workshops was called "Believe it or not!". Together with communication expert, M.Pričins, the participants analyzed recent scandals/books/ articles/videos in EU member states shaking up the society (corruption; conflicts with state institutions; ideological arguments; economic solutions; populism).

During the activity "Solidarity is not passive" the participants of the project held practical discussions and workshops under the supervision of NGO leaders from Lithuania (R.Kulikauskas) and Latvia (K.Jērums). There were also visits and meetings with the management of the Kurzeme NGO Center (E.Futraka), as well as with Kurzeme Cultural Heritage Center "Kūrava" (I.Celitāne) and Smārde Senior Citizens Association "Sarma" (A.Slavinska).

Manager of Lithuanian NGO Klaipėdos bendruomenių asociacijos (KBA)  Renaldas Kulikauskas pointed out the following: “In November 2009 the member states of the Council of Europe signed the additional protocol of the European Local Self-Government Charter (ETS No. 122), called the Constitution of European Local Self-Governments, intended to shape the EU members' approach to an important issue - the right to participate in solving local government affairs. The focus of the EU institutions on citizen participation has revealed the awareness of the importance of involvement in solving the problem of growing distrust and absenteeism. The insufficient number of participants in the post-Soviet republics and the knowledge they have about what to do and how to do it in order to influence the decisions taken by the authorities is emphasized in scientific works and observed by the leaders of the local communities themselves. This project played an important role in informing concerned citizens about the possibilities of action, building their trust in the institutions. It is especially important nowadays, when the average Lithuanian spends eight hours a day on the Internet for work and entertainment, that the project created an opportunity for a large group of active citizens of Lithuania and Latvia to communicate live with each other, sharing experiences and discussing.”

Chairwoman of the board in KBA, Community leader of Paupiai, Regina Baguckienė commented: “Lithuanian participants learned a lot of useful and interesting information. The time spent in Latvia and the discussions about the European Union changed the attitude of many participants in a positive way. Meetings with representatives of state/local authorities gave the participants confidence and courage to participate more actively in making decisions.”