SOUND INVESTMENT: Few would have expected in the early '90s that Latvia's real estate would soar so quickly.

RIGA - Riga's prosperity is impressive. It's 10 percent annual economic growth, building boom, and the emergence of a middle class all mark a welcome departure from the dark days of the 1990s. Yet, booms are eventually complemented by busts and when this happens the consequences can be unpleasant. Economies run in cycles and post-Soviet Riga is young enough that it has not yet experienced a downturn in its rapidly escalating property market.

But the further that market inflates,Â the greater the danger is present of a dramatic rupture that might take the rest of the Baltics' prosperity with it. For this reason it is important to examine other nations' experience with real estate bubbles.
The sources of the Baltic real estate bubble are complex. Â

Globally, much of the world has recently experienced property inflation. Â In Japan prices escalated to dizzying heights in the late 1980s, and soon thereafter collapsed at the beginning of the 1990s. The general cause was an upward revaluation of the yen at the behest of the Americans in 1985 with the Plaza Accords. This made the yen expensive. Â The reason was to increase U.S. export competitiveness. Â An expensive yen drove Japanese investment away from the real economy of production toward the quick returns to be had in real estate. Â It was at this time that China made its aggressive bid to replace Japan as the workshop of the world, thus further driving Japanese capital into property. Â This option for Japan was easier than making money in the real economy of production and technology. Â Profits were faster and appeared to accrue effortlessly. Â Rather than investment in the real economy, this was a race to secure capital gains from property price increases. Â As prices rose to dizzying heights in Japan, 100 year long mortgages were offered for buyers to afford these inflated housing prices. Â

But, eventually Japan's real estate market plummeted, and along with it, the larger economy crashed. Â Japan's real estate collapse in 1991 saw property prices drop every quarter for over a decade. Fifteen years later it is still struggling to recover. This Japanese upward currency valuation is instructive for the Baltics. Â They teach us that arcane matters of currency values can significantly impact housing markets and the economy's health generally.

The Maastricht criteria designed to create a strong currency in the euro has also dampened eurozone competitiveness. Â The Maastricht rules on inflation and deficits have arguably created a euro that is too strong. In the Baltics this has further shifted investment from production into real estate. This opens the Baltics to the same asset inflation and underinvestment in the real economy that occurred in Japan preceding the bust in its economy.

Another source of property inflation is the extension of cheap credit. Â The United States deployed cheap money to keep up global demand in the wake of the 1997/98 East Asian Crisis. Â America, and the world, was flooded with cheap cash. Â This did restore demand for East Asian goods, butÂ these low interest rates ultimately found their way into the American real estate markets and kept the speculation boom going beyond the equities market collapse of 2000. Â Only now has housing started its dive. Â The housing bubble collapse was forstalled last year by U.S. banks loosening their lending standards. Interest-only loans abounded as Americans tried desperately to find ways to attain housing in the face of stagnating wagesÂ but rapidly rising home prices. Â Â Â

For the United States, American housing prices have now begun their descent and the stock of unsold properties on the market is growing. Â The impact will be felt throughout the economy, as the United States has pursued a policy of wage restraint to ensure income growth for the top decile of its population. Â The only gains made for the majority of the population has been in their home equity. Now this too has come to an end with the closing of the property bubble, with effects yet to be seen for the American economy.

The question is, where are present trends leading in the Baltics? Most people view high prices for homes and office space as a sign of wealth and Baltic prices have significantly risen. But high prices should best be thought of as an overhead charge. Economies with high housing costs are less competitive, compared to those with lower housing costs and lower tax overhead. Property bubbles thus are inflationary 's and this threatens post-industrial service economies in particular.
The above examples can provide lessons for the Baltic states. Yet, this region also has distinctive features that fuelled its rapid rise in property prices. One, is their common Soviet past. Emerging from the Soviet system, the Baltics had no recent history with property markets. In the tenuous conditions of the 1990s transition marked by economic collapse, property prices were exceedingly low. Â Second, is the energy factor in neighboring Russia.

The Baltic housing stock was greatly damaged by World War II. Despite significant Soviet housing construction beginning during the later Khrushchev years, the combination of immigration and natural population increase over 50 years of Soviet occupation left a small stock of household living space. Second, the quality of inherited living space is still for the most part poor: this can be best seen when examining suburbs of Riga. If one wants to get a flavor of the situation from official statistics, one may find, for instance, that in 2004 less than 50 percent of households had access to hot running water in Latvia.

As stability returned, however, it was natural that property prices would rise. West European investment helped boost prices. More importantly, perhaps, were changes in Russia. The Russian ruble collapse in 1998 reflected unsound Yeltsin policies that created a speculator's paradise built on an ever rising currency fuelled only by new money pouring in to support it. This unsustainable model was supported by the West that saw in the strong currency the ability for Russia to pay its Western debts.
But, the ruble crashed and Russia's economic chaos was only finally calmed by the policies introduced by Yevgeny Primakov who rescued the economic mess left by Boris Yeltsin and his reformers. Â Primakov was too threatening to Russia's oligarchs, however, and so had to go after his triage measures stabilized Russia's economy.

Thereafter energy and commodity prices generally rose and Russia was one of the chief beneficiaries. Â This created regional stability and desire for safe investments for new money. Real estate, of course, provided one such outlet. This coincided and worked in symbiosis with Scandinavian and other European investors out for the same as their banks and investors searched for higher and quicker returns than provided from production. This began a faster acceleration into real estate in 2002 that has followed the increase in Russian oil prices, which has finally abated.

The immediate future for oil is uncertain. Â New fields and oil transport infrastructure, such as the recently opened Baku-Tbilisi-Ceyhan pipeline, have brought new oil to world markets. Â Significant new discoveries, such as in the Gulf of Mexico, have been made. Â Depending on global demand, this new oil could check energy price growth. Â Moreover, if the U.S. leaves Iraq and its oil enters global markets, prices would decline further still. Â The situation is still unclear, but it is possible that energy prices might decline in the near term, and if so, the amount of money coming into Baltic property markets from the East might also reduce.
What is obvious is that the longer the property market continues to escalate beyond their economic fundamentals, the more likelihood the market will crash. If present trends continue the result will be a de facto tax on the young as housing will become unaffordable. For this reason property tax reform is needed to both halt the price increase of housing, to prevent a collapse in the housing market, and to slow emigration of Baltic youth as the Baltic States face demographic collapse.

This Baltic property bubble, like all others, are ultimately financial bubbles. They nearly always are promoted by government policy 's especially tax policy. This is the chief front where the struggle against a property market collapse must be fought. Â High Baltic employment taxes (social taxes) are a concealed subsidy for property. These subsidies go far beyond the levels normal in most countries, and threatens to deter industrial as well as service-sector employment.

The classic fiscal principle is to tax "free lunches" and capital gains, not enterprise and earned income (wages and profits). High taxes on employment and income are driving many young people to emigrate to find work. More Balts have now gone abroad to find work than were deported during the Soviet occupation. Â Such taxes on labor and enterprise are inflationary costs 's but this is not the case with taxes levied on property, because a property's income and tax-paying ability are determined by the marketplace. Low property taxes simply leave more property income available to be pledged to banks for larger loans to buyers. Higher property and capital gains taxes could bring property prices back into line with economic fundamentals and lessen the chance of a disruptive collapse of prices.

The Baltic states can reduce the dangers of a property market collapse by preventing further asset price inflation by raising property and capital gains taxes. This will have several effects. First, it will reduce the speculative attraction of real estate by imposing a cost for withholding housing from the market. Currently there is little cost to speculation given the lack of taxes for those in the illicit economy to park ill gotten gains in real estate and then keep that property off the market until prices rise. Â These taxes will deliver more housing and at better prices. Â Second, it will permit a reduction of social and employment taxes, thus reducing taxes on productive work over speculation. Lastly, it might generate additional revenues needed for education, health, and transport infrastructure. Â

The first step toward achieving these ends will be the construction of land maps capable of assessing the real worth of property. Â Second, will then be the political will to initiate the tax changes. Â And, lastly, will be innovative programs to reduce housing costs for young families. Â For consideration should be the use of the vast store of Baltic public lands given to families to create housing in partnership with private builders. The only cost to families would be the buildings themselves, rather than the added cost of property.

Jeff Sommers is a visiting professor at the Stockholm School of Economics in Riga, and co-director of the Silk Roads Project
Michael Hudson is a professor with global affiliations, including with the Riga Graduate School of Law. 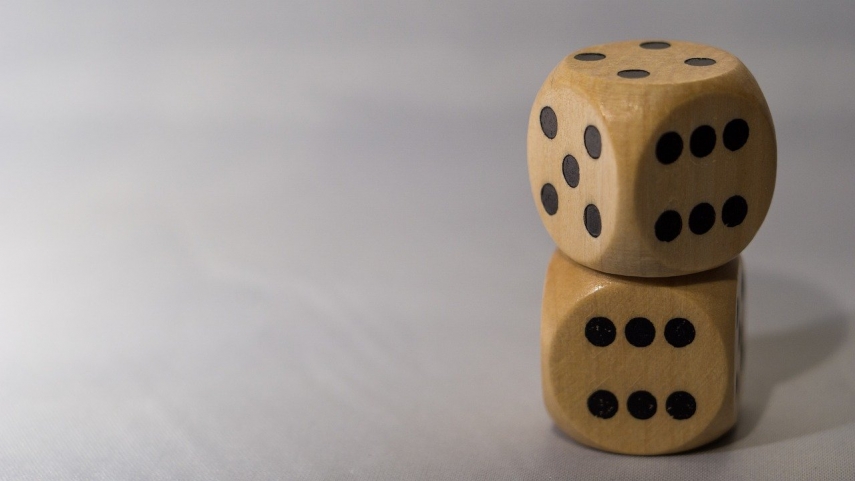 The wind of history is blowing