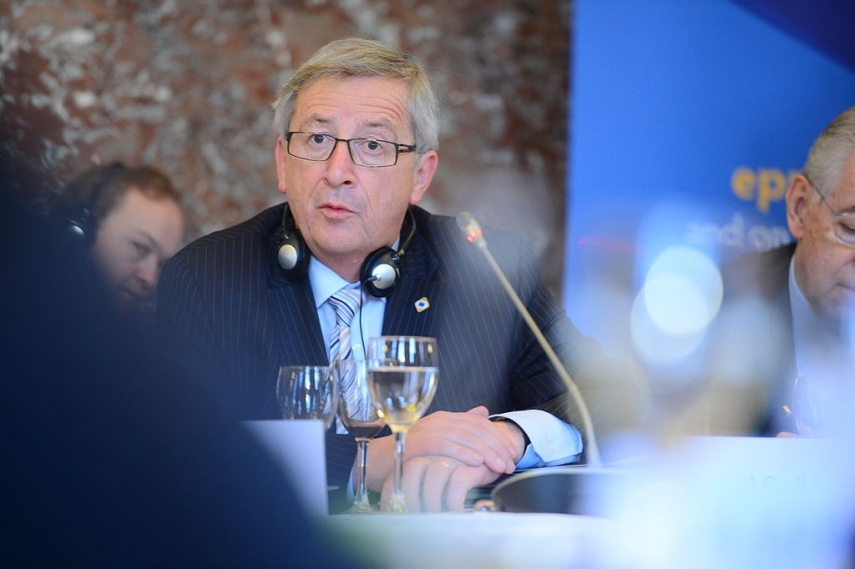 ASTANA - Kazakh President Nursultan Nazarbayev has met with European Commission President Jean-Claude Juncker on the sidelines of the Asia-Europe Meeting (ASEM) Summit and invited him to participate in a session of the Supreme Eurasian Economic Council, the Kazakh presidential press service said.

"During the meeting, the president noted the customarily high level of the [ASEM] Summit and invited the president of the European Commission to take part in the next session of the Supreme Eurasian Economic Council in St. Petersburg this December," the press service said.

Juncker, in turn, pointed out the importance of the participation of the Kazakh delegation and of Nazarbayev himself in the ASEM Summit.

"I remember my visit to Kazakhstan in 2008 and our conversation about stability in the world very well. We should meet more often," Juncker said.

The sides discussed the current international agenda, including aspects of global security, and the Eurasian Economic Union's (EAEU) cooperation with the European Council at the meeting.