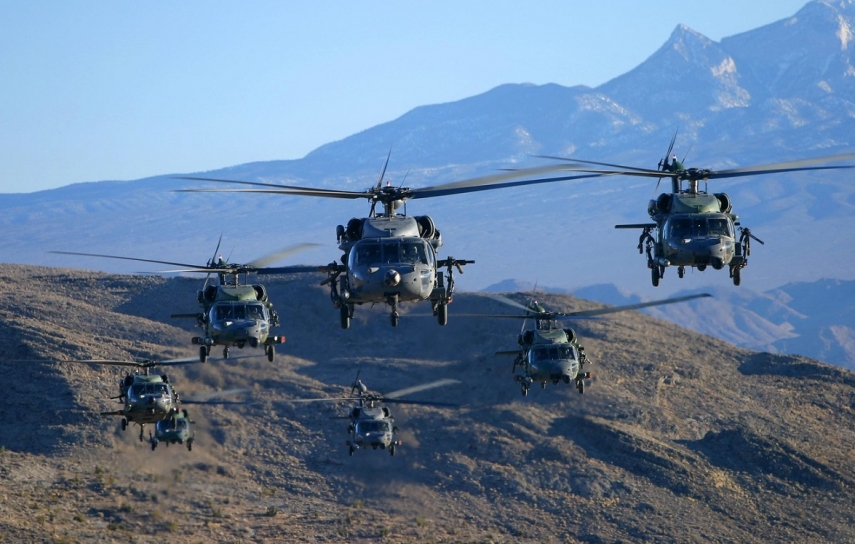 "I presented Lithuania's plans to acquire 200 Oshkosh JLTV crews, and Black Hawk helicopters. The latter will completely replace (Lithuania's) remaining Soviet military equipment," Nauseda wrote on Facebook after Trump hosted a lunch for NATO's member states, including Lithuania, that spend at least 2 percent of their GDP on defense.

"The US president welcomed Lithuania's decision and said US military equipment is the best and Lithuania made the right choice," he added.

Nauseda said they also spoke about US troops deployed to Lithuania.

Trump handed the Lithuanian leader a signed copy of his official speech to the "two percenters", a photo of which was posted by Nauseda on his Facebook page.

"I want to thank every leader in this room, and the citizens of their countries, for fulfilling their commitments to the NATO Alliance," Trump said.

At lunch, Nauseda thanked the US president for "his extraordinary leadership in encouraging Allies to respect all their commitments to NATO, especially adequate defense funding," the Lithuanian president's office said in a press release.

In late November, Lithuania signed an agreement to purchase 200 Joint Light Tactical Vehicles (JLTVs) from US Oshkosh Defense for 145 million euros, and is considering buying Black Hawk helicopters for around 300 million euros.

Lithuania's defense budget this year accounts for 2.03 percent of GDP.