NATO is the most successful alliance in history - Stoltenberg 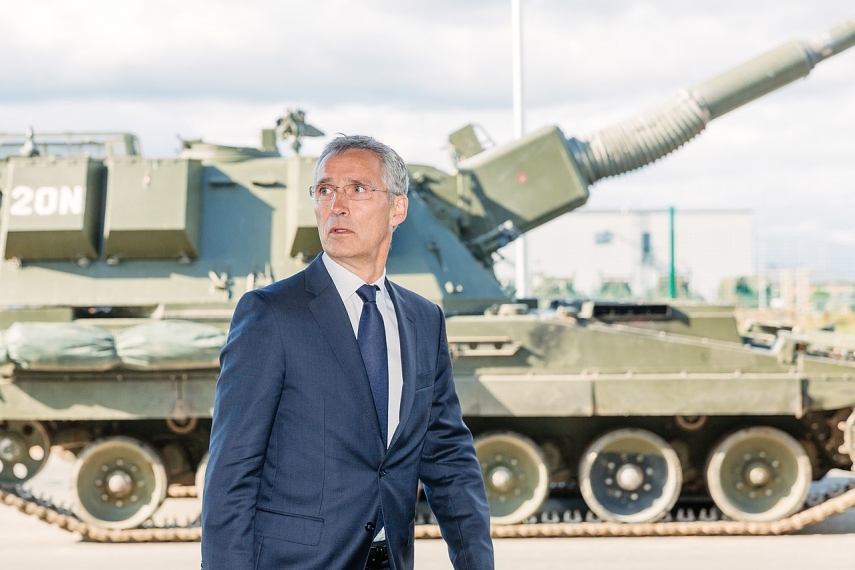 RIGA - NATO is the most successful alliance in history, NATO Secretary General Jens Stoltenberg writes in an op-ed about NATO enlargement.

"This year, we are not only celebrating 70 years since NATOs foundation. We are also proud to join a number of Allies in celebrating significant milestones. It is 20 years since the Czech Republic, Hungary and Poland, 15 years since Bulgaria, Estonia, Latvia, Lithuania, Romania, Slovakia and Slovenia, and 10 years since Albania and Croatia defined their own destiny," Stoltenberg points out.

"They chose to join the family where they felt they rightly belonged: the NATO family. A family of free nations, thriving economies, steadfast Allies. This path has not always been easy. It has required political courage, vision and determination, to implement difficult reforms and overcome historic divisions," writes the NATO secretary general.

He emphasizes that this 'open door' approach was enshrined in NATO's founding treaty, the Washington Treaty. And has remained unchanged for 70 years. It is based on the right of every nation to choose their own path, freely and without interference. No matter how small, or how big their neighbors, emphasizes Stoltenberg.

"For all Allies - old and new - it has brought greater stability and prosperity, new skills and perspectives, further contributions to our joint missions and operations, and more Allies standing shoulder-to-shoulder, to protect and defend each other. This cast iron commitment and unique community of free nations makes us the most successful Alliance in history. Together we are half of the world's economic and military might. There is strength in numbers, strength in diversity," stresses Stoltenberg.

"NATO has always been much more than a defensive shield. We have been a symbol of hope, a driver of reform, and an essential first step towards integration in the wider European and international community. Alliances do not stand in the way of strong and independent nations. NATO exists precisely to ensure the freedom and prosperity in which sovereign countries and peoples can thrive," adds Stolenberg.