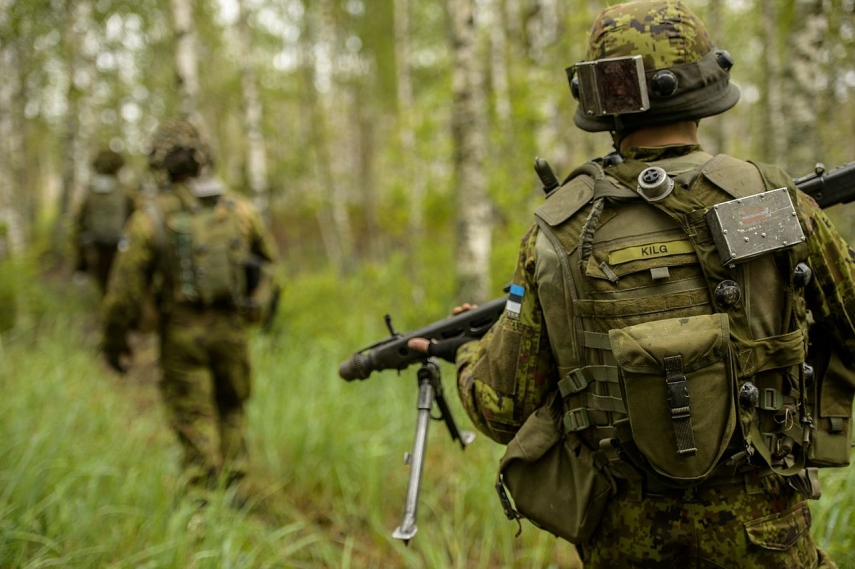 TALLINN – In addition to deterrence and defense, the enhanced Forward Presence (eFP) of NATO battle groups in the Baltic countries and Poland also has a significant role in strategic communication, a report by the International Center for Defense and Security (ICDS) published on Monday says.

The presence of allied battalions signals the alliance's solidarity and resolve, sending a clear message not only to Russia, but to the allied countries themselves, it is said in the analysis drawn up by ICDS researchers Kalev Stoicescu and Pauli Jarvenpaa.

The report said that Russia is the main risk to eFP, in terms of disinformation and propaganda attacks. Hostile acts (supported) by the Kremlin against allied presence on the north-eastern flank, including the eFP, will continue as long as Russia's confrontation with the West goes on. Russia's official propaganda routinely attacks NATO, and disinformation and the exploitation of any incidents involving eFP personnel represents the main risk to the eFP. Thus, host and contributing nations, as well as NATO, should maintain a high level of surveillance and vigilance in order to counter quickly and effectively any Russian disinformation and propaganda attack against eFP, the authors of the report said.

According to the report, opinion polls show that local populations are generally supportive of the eFP and have, as a rule, similarly positive views towards national defense forces, as well as towards NATO. Nevertheless, interaction with local populations, including Russian speakers in the Baltic states, not just in the proximity of garrisons, should continue and diversify.

Another key feature of the eFP as a tool for deterrence is visibility, strategic communication and contact with local governments and populations. Contributing and host nations are active on social and other media, and organize

diverse events for local populations in order to build confidence and raise understanding of the eFP's role and aims, the report said.

Stoicescu and Jarvenpaa interviewed some 60 defense experts of allied nations from Estonia to Brussels early this winter to obtain a picture of the workings of the battalions and set forth recommendations for strengthening defense.

NATO decided in July 2016 to establish an eFP in Estonia, Latvia, Lithuania and Poland. A battalion-size battle group was deployed in early 2017 to each of these nations. This report looks at various aspects of the eFP some 18 months after the start of its deployment and offers recommendations to NATO allies, particularly host and contributing nations, for strengthening the eFP.