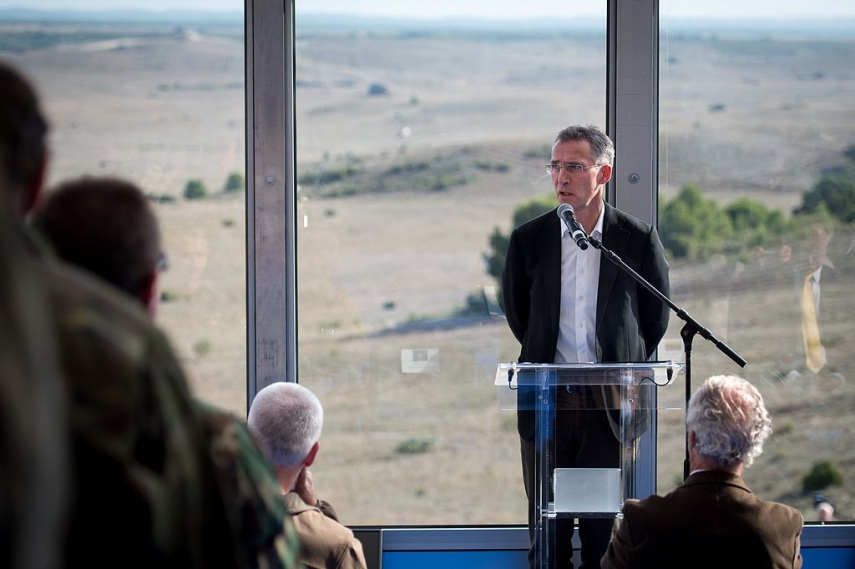 "And I don't foresee that (NATO) allies will deploy more nuclear weapons in Europe as a response to the new Russian missile," he added.

"But I see a need – and that is what is going on in NATO – a need to assess the implications of the new Russian missile for our security."

Stoltenberg was speaking after US President Donald Trump said Monday he was ready to build up the US nuclear arsenal in response to Russia's SSC-8 missile programme (known in Russia as the 9M729).

Already Saturday, Trump had announced the US was pulling out of the Intermediate-Range Nuclear Forces Treaty (INF), arguing that Moscow's deployment of Novator 9M729 missiles violated the 1987 accord.

On Monday, the European Commission urged Washington and Moscow to keep talking to preserve the treaty – and Stoltenberg acknowledged that Trump's decision did not have unanimous support among his NATO allies.

But he added: "Russia has now admitted that they are developing and fielding a new missile, the SSC-8. So the problem, the threat, the challenge, is Russian behaviour...

"We cannot have a Treaty between two parties that is only respected by one of them. Russia needed to comply in a transparent, viable way," he said.

NATO ambassadors would meet to discuss the implications of the Russian missile programme, said Stoltenberg. They were also trying to organise a meeting between the NATO Council and Russia, he added.

Growing tensions over the nuclear treaty overshadowed a news conference originally scheduled to give details of NATO's Trident Juncture military exercise in Norway, its largest since the end of the Cold War.

Russia had been invited to observe the exercise "as long as they behave professionally and avoid dangerous situations and behaviour", said Stoltenberg.

Moscow has repeatedly denied that it has violated the INF Treaty, arguing that in fact it is the United States that has not respected its terms.

Signed in 1987 by US president Ronald Reagan and Soviet leader Mikhail Gorbachev, it bans missiles that can travel distances of between 310 and 3,400 miles (500 and 5,500 kilometres).