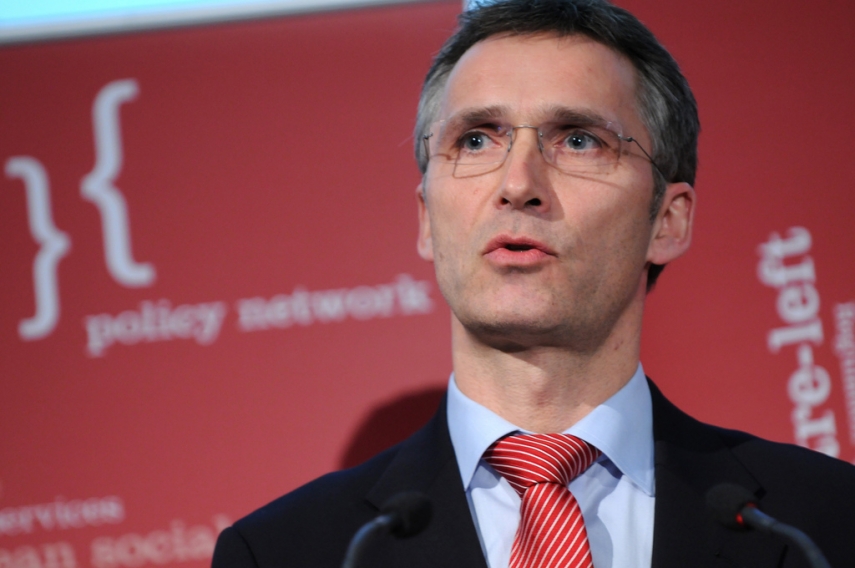 BRUSSELS - NATO chief Jens Stoltenberg on Tuesday warned the EU its new defense cooperation pact must not undermine the alliance, as US officials voiced fresh concerns about the flagship initiative.

The European Union launched the scheme with great fanfare in December, touting it as a way to get member states to work more closely post-Brexit and spend more effectively on defense projects.

But the plan has come under fire in recent days from US officials who fear it could draw resources away from NATO and even become a "protectionist" umbrella for European defense manufacturers.

Stoltenberg, speaking on the eve of a meeting of NATO defense ministers in Brussels, said there was "no way" the EU could replace the transatlantic alliance in guaranteeing European security.

Efforts to boost European defense spending were welcome, he said, but only if they were coordinated with NATO plans.

"It will be absolutely without any meaning if NATO and the EU start to compete," the former Norwegian premier told reporters.

"European allies are absolutely aware that the defense, the protection of Europe is dependent on NATO."

But on Sunday Katie Wheelbarger, a senior official at the US Department of Defense, said Washington regarded some of the proposed initiatives as "pulling resources or capabilities away from NATO".

And the US stepped up its criticism on Monday, with Ambassador to NATO Kay Baliey Hutchison warning the EU there could be serious consequences if it shut US defense companies out of cooperation projects.

"Certainly we do not want this to be a protectionist vehicle for the EU and we're going to watch carefully because if that becomes the case then it could splinter the strong security alliance that we have," she told reporters.

"We want the Europeans to have capabilities and strength but not to fence off American products or Norwegian products or potentially UK products."

Britain, which is leaving the EU, is one of only three member states along with Denmark and Malta not to sign up to the pact.

Under the rules of the cooperation agreement, as a non-EU state Britain will be able to take part in specific missions but will have no decision-making role.