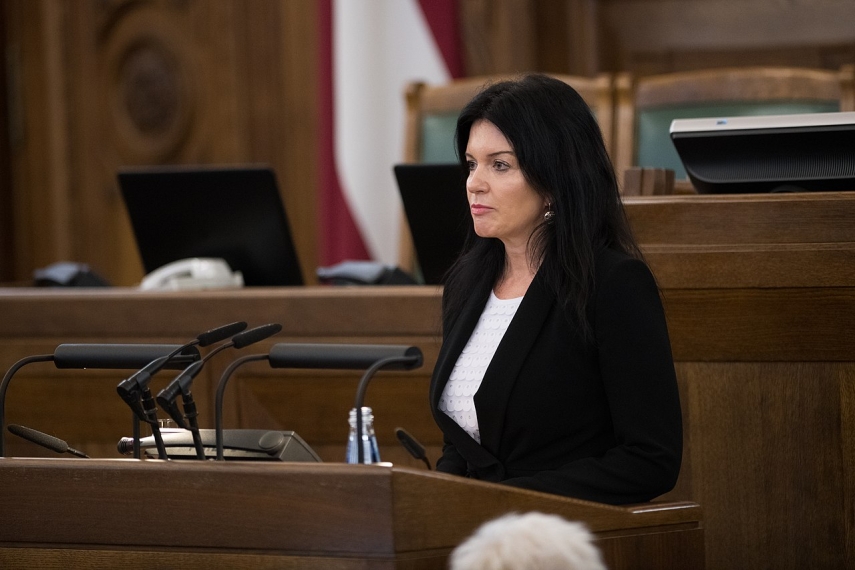 Although the potential coalition partners have no disagreements about welfare-related matters, after a conversation with Paradnieks on Wednesday Petravica concluded that his perspective on demography was different from the Welfare Ministry’s. Petrvica thinks that Paradnieks wants to take control of the sphere of welfare by becoming special assignments minister for demographic matters.

She also said that Paradnieks is writing a demography section for the government declaration. Paranieks is confident about his role and sees demography as his area of competency.

Petravica said that she would like to hear prime minister nominee Krisjanis Karins’ (New Unity) opinion about the situation. In her words, it appears now that “there might be one more minister” in the Karins-led Cabinet, which would be unacceptable to Petravica and her KPV LV party.

Petravica said that KPV LV also wants to improve Latvia’s demographic situation but does not believe that this can be achieved by a “baby boom alone”. Besides, “appointing a minister in charge of demographic affairs is unlikely to trigger the baby boom,” the candidate for welfare minister said.

As reported, the National Alliance still would like to discuss the position of a demographic affairs minister or other solutions to demography problems with the potential coalition partners.

National Alliance’s chairman Raivis Dzintars said after a meeting with the New Unity representatives that the talks had been more about the process how the government declaration is being organized and problem issues solved.

Speaking about the overall situation, Dzintars said that what is happening right now is a result of serious compromises and the party still is dissatisfied with a number of issues.

Karins has proposed forming a coalition government that would include New Unity, the New Conservative Party (JKP), For Development/For, KPV LV and the National Alliance. The Union of Greens and Farmers and Harmony would be left in opposition.