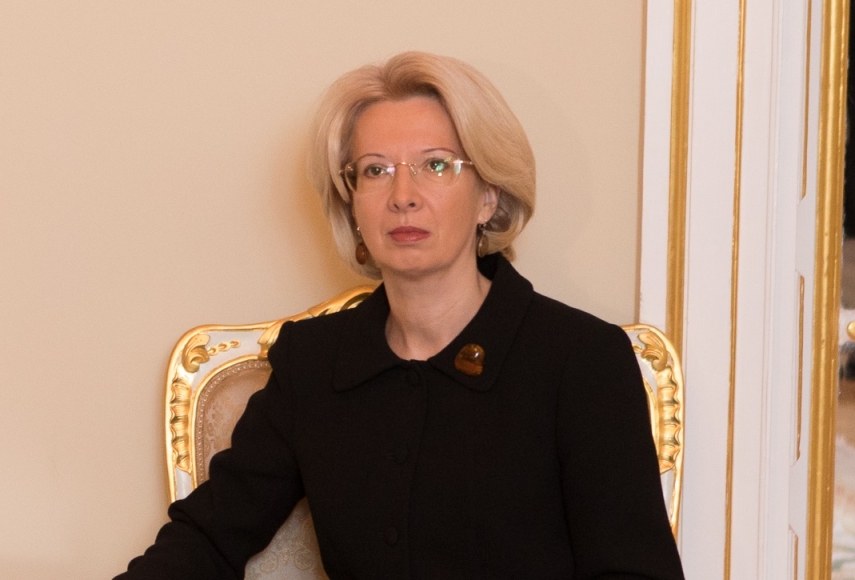 “Latvia is Ukraine’s friend and Ukraine can always rely on our support. I condemn the decree of the Russian president to ease granting Russian citizenship to those Ukrainian citizens who live in eastern Ukraine - the regions of Donetsk and Luhansk. Latvia strongly supports Ukraine’s sovereignty and territorial integrity,” said Murniece during the meeting with Ukrainian Ambassador to Latvia Olexandr Mischenko.

The Saeima speaker said that the Latvian parliament demonstrates a strong support to Ukraine. Almost half of all parliament lawmakers have joined the group for cooperation with the Ukrainian parliament, said Murniece.

Murniece said that Latvia was following Ukrainian presidential elections and made sure that the elections were held in line with democracy and rule of law. “We congratulate the new Ukrainian president. We support Ukraine’s transatlantic integration and the democratic reform process both politically and practically,” said Murniece.

She said that Latvia will continue active work with Ukraine in the formats of international human rights, paying attention to breaches of human rights and fundamental freedoms in the illegally annexed Crimea.

Last week the Latvian parliament foreign committee adopted a statement on the commemoration of the 75th anniversary of the deportation of Crimean Tatars and supporting the policy of non-recognition of the illegal annexation of Crimea, which will be revised by the Saeima in May.

Latvia’s strong support is important for Ukraine, said the ambassador, thanking also Murniece for her personal contribution to strengthening relations between both countries. The ambassador also thanked Latvia for support to the Ukrainian children who suffered in the war.