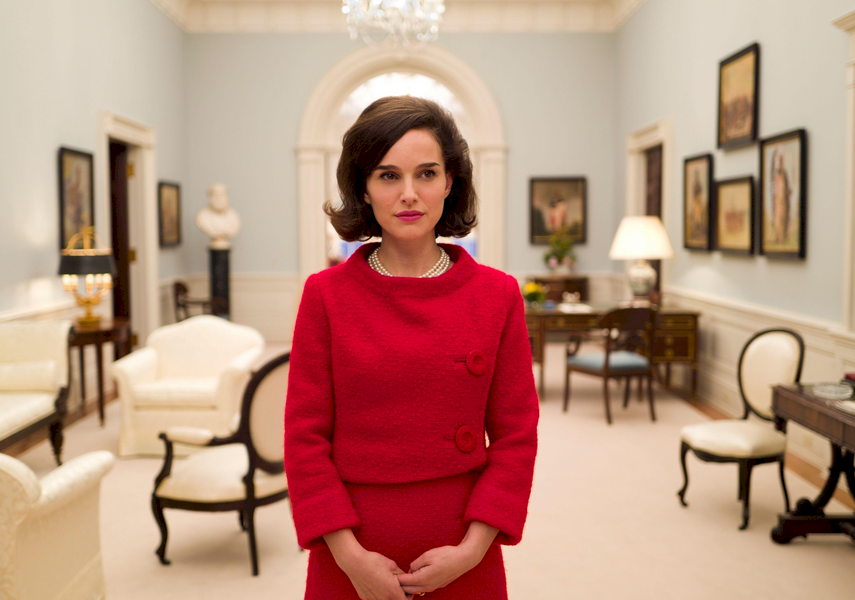 Jackie is a searing and intimate portrait of one of the most important and tragic moments in American history, seen through the eyes of the iconic First Lady, then Jacqueline Bouvier Kennedy (Natalie Portman).
Jackie places us in her world during the days immediately following her husband’s assassination in 1963. The film is partly based on Theodore H. White’s Life magazine interview with the widow at Hyannis Port, Massachusetts.

Known for her extraordinary dignity and poise, here we see a psychological portrait of the First Lady as she struggles to maintain her husband’s legacy and the world of Camelot that they created and loved so well.
This is a movie about power, and its spectacle is that of a woman almost losing all of it. The great performance of Natalie Portman, the incredible score by Mica Levi, and the direction of Pablo Larraín make a very relevant reflection on modern celebrity culture.

The film was selected to compete for the Golden Lion at the 73rd Venice International Film Festival, and has been nominated for three Oscars at the 89th Academy Awards: Best Actress (Portman), Best Original Score and Best Costume Design.