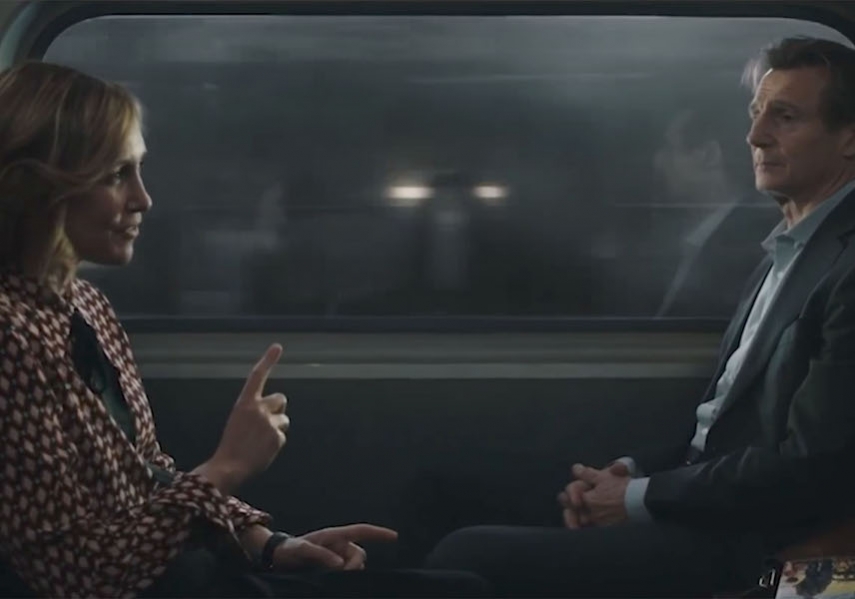 Directed by Jaume Collet-Serra, “The Commuter” is an upcoming action-packed thriller in which Liam Neeson once again makes use of his special set of skills to get out of a life-or-death situation, and this time it’s on a train! The film marks the second in-transit thriller collaboration between Neeson and Collet-Serra. The two previously worked on “Non-Stop” together.

Neeson plays an insurance salesman called Michael on his daily commute home, a scenario that quickly becomes anything but routine. Tinged with Hitchcockian panache and “Speed”-like thrills, the film tells the story of a mysterious woman played by Vera Farmiga who proposes an enticing opportunity to Neeson’s unassuming character who is forced to uncover the identity of a hidden passenger on his train before the last stop.

As he works against the clock to solve the puzzle, he realises a deadly plan is unfolding and finds himself unwittingly caught up in a criminal conspiracy, one that carries life and death stakes for himself and his fellow passengers. As things unfold, the circumstances get more and more intense and dire. People get hit by buses, hostage situations arise, the train begins to derail, and, of course, we see Neeson do what he does best: negotiate and kick some ass.

More information about the film can be found at www.imdb.com