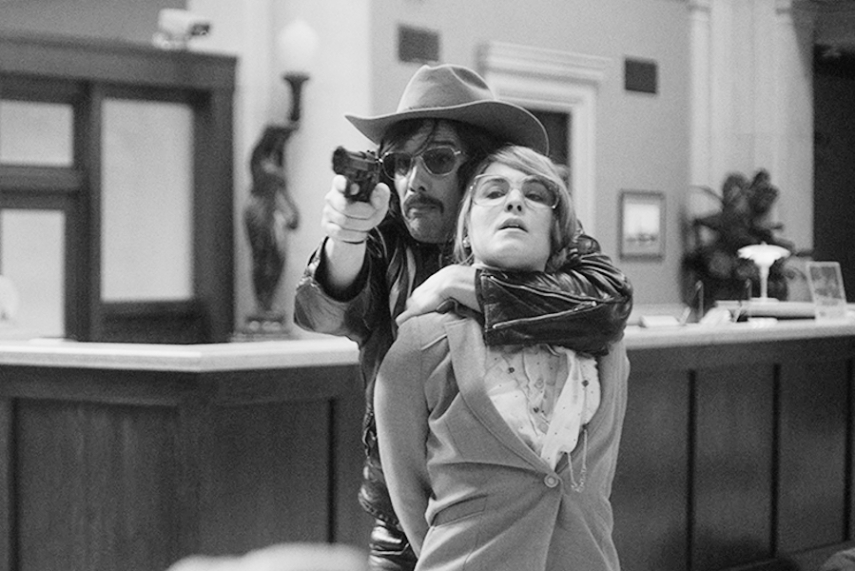 Stockholm is based on the absurd but true story of a 1973 bank heist and hostage crisis documented in the 1974 New Yorker article “The Bank Drama” by Daniel Lang. The film follows Lars Nystrom, (Ethan Hawke) who dons a disguise to raid a central Stockholm bank. He then takes hostages in order to spring his pal Gunnar (Mark Strong) from prison. One of the hostages includes Bianca (Noomi Rapace), a wife and mother of two. Negotiations with detectives hits a wall when (at the request of the Prime Minister) the police refuse to let Lars leave in a getaway car with the hostages.

As hours turn into days, Lars alternates between threatening the hostages and making them feel comfortable and secure. The hostages develop an uneasy relationship with their captor, which is particularly complex for Bianca, who develops a strong bond with Lars as she witnesses his caring nature. The Bianca-Lars relationship gives rise to the psychological phenomenon known as “Stockholm Syndrome” – hence the title of the film.

The opening title says “Based on an absurd but true story,” yet there’s nothing absurd about the facts. Improbable? Yes. Hapless and desperate? Most definitely. But the absurdity – the impulse to giggle – is mostly there in the eye of the writer-director, Robert Budreau, who collaborated with Hawke two years ago on the entrancing Chet Baker biopic “Born to Be Blue” but here comes off as a far less sure-handed filmmaker.