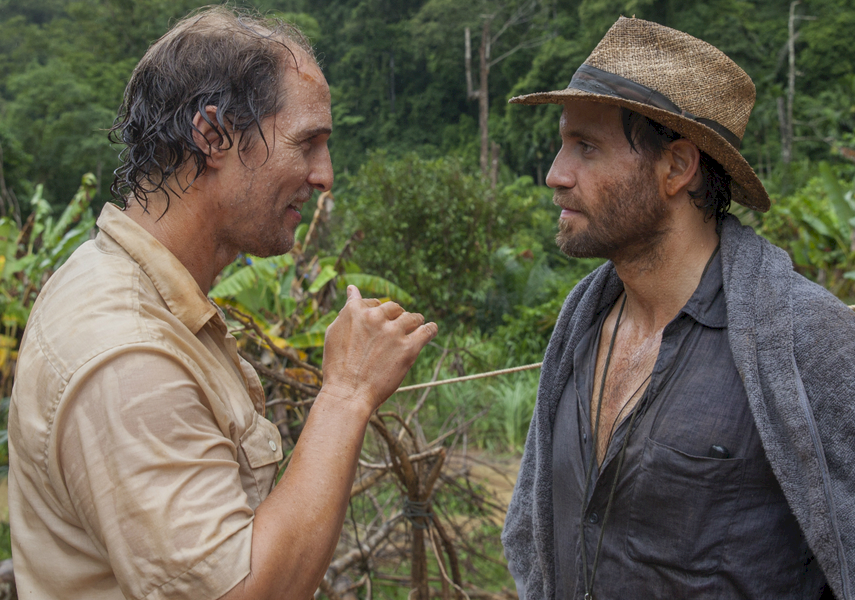 Gold (2016) – in cinemas from Friday, January 27
Directed by Stephen Gaghan (Syriana), Gold is a lively portrayal of what’s often misidentified as the American Dream, but might be more accurately described as the American Fantasy – where men dream of wealth and success without having to put in the work.
It is based on a true story of the 1993 Bre-X mining scandal, when a massive gold deposit was supposedly discovered in the jungles of Indonesia.

After inheriting his father’s mining company, Kenny Wells (Matthew McConaughey) realizes he has neither the patience nor the gift for this particular line of work. What he does have is the good sense to realize his limitations, and so Wells turns to a more experienced geologist, Michael Acosta (Édgar Ramírez), to help him locate a spot that feeds into a river known for its irregular supply of gold – a point reinforced by the natives, who can be seen sifting as Wells and Acosta make their way upstream. Getting the gold was hard, but keeping it is even more difficult, sparking an adventure through the most powerful boardrooms of Wall Street.
The film has received a Golden Globe Award nomination for its original song, Gold.