Most Popular Online Games in the iGaming Industry 2022 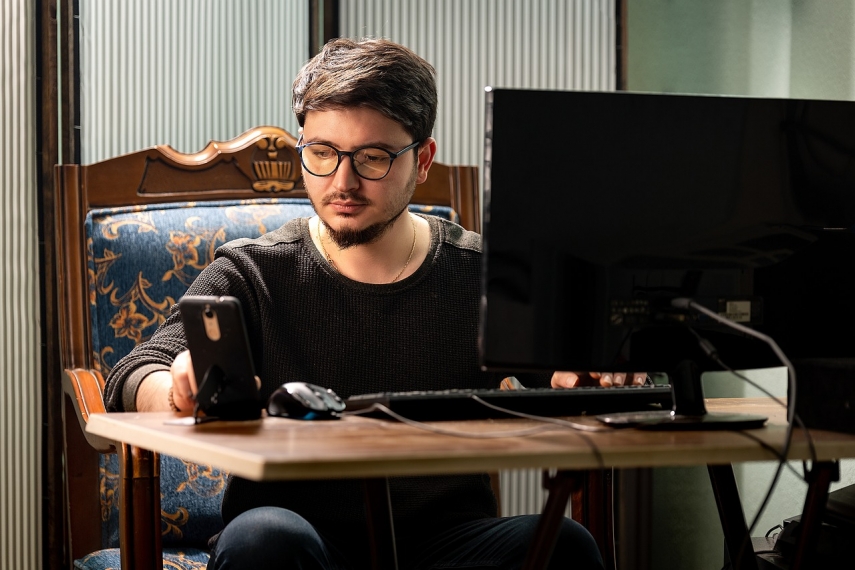 Over the past decade, the interactive gaming sphere has become a fledgling industry. While gambling sites have been around since the 1990s, in the post-2010 era, they started to attain the form we know them now. The global internet betting/gaming market in 2021 had a market size of $73 million. And according to Sky Quest Technology, it will continue to grow at an annual rate of 11.2% per year until 2028, when its growth may get further accelerated by novel tech.

Currently, the fact that an ever-growing segment of the world’s population is deciding to test their luck on games of chance chiefly gets owed to this industry offering vast diversity in its product category. The number of real money gambling options on the Web is now immense, with online casino providers churning out nearly thirty thousand gaming titles to date in dozens of genres and subcategories that live within these classifications. Below, we rank the ten most popular ones going today.

Reel-spinning games were the first products that Isle of Man interactive gaming pioneer Microgaming invented when developing the initial online gambling software. Nowadays, slots flood platform lobbies, as Curacao-regulated sites customarily house around five thousand of these games, if not more. They are the simplest gaming options on the internet, requiring that gamblers only press play. Despite this, their other primary allure lies in that they can provide substantial prizes.

Over the past few years, various gameplay mechanics have gotten innovated, boosting slots' dynamism considerably. Regarding the latter-mentioned aspect of these games, gameplay systems worth mentioning include the Megaways engine, cluster-pays systems, and the avalanche win scheme.

If someone decides to poll a significant gambler pool mainly consisting of veteran gamblers. Asking them what game they play the most at gambling establishments and online. Undoubtedly, the top answer will be blackjack. That is so since this game has the lowest default house edge of all the casino classics.

RNG-powered blackjack picks are particularly popular with the internet crowd because they can get played at faster speeds than dealer games. They also accept far lower bets due to operators not having to pay croupiers to run them.

On the topic of swift action at gaming tables, aside from twenty-one fun, casino-poker variants are another exciting choice for card fanatics. On the World Wide Web, this category gets dominated by Three Card Poker online game real money options.

These are dealer/software-fueled games inspired by Derrek Web’s patented casino product – Three Card Poker, based upon Draw Poker. It has a house advantage of only 3.37% while delivering multiple side wagers.

Roulette is the most social casino gambling choice of all. While many think its interactivity angle is non-existent in the digital sphere, that is not accurate. At least pertaining to live dealer tables. Thanks to the chat function and longer betting wait times.

Live roulette is many online gamblers' favorite game because it offers even-money bets, and versions of it are available that deliver novel twists to its gameplay. One such example is Lightning Roulette from Evolution. It is a far more exhilarating roulette game than partaking in traditional wheel-of-fortune entertainment.

Bingo is not a common sight at land-based gambling venues not located in Las Vegas. Outside of Nevada, this is predominantly a charitable fortune-testing game. Naturally, apart from nationwide draws that countries and state lottery commissions organize.

Online, hundreds of bingo-style products live, and they function similarly to slots, supplying comparable rewards to low to medium-variance reel spinners. Renowned titles include Cataratas Bingo and Goal Bingo, both from Woohoo.

Video poker machines became wildly available in the 1980s. Though, they got invented at the tail-end of the 1970s. They gained prominence in casinos when it became economically feasible for game developers like International Game Technology to create commercially distributable gaming cabinets with television displays and solid-state central processing units.

Video poker utilizes the gameplay of Five-Card Draw Poker, and it is the only gambling game where, in specific situations, players can get an advantage over their operator. Notable versions are Jacks-or-Better, All-American, and Deuces Wild.

Originally a Chinese invention, fish tables are shooters that made their way to the US in the mid-2010s at arcade parlors in the South, which used them to offer illegal real-money gambling.

Online, they are legal, and Realtime Gaming’s Fish Catch is a reputable product from the genre that thousands of gamblers enjoy daily. Its top competitors are Fishermen Hold from SimplePlay, Fishing Gold by Spade Gaming, and Mythical Beasts from Ka Gaming.

Few people know that keno is the first lottery game. At least, it is the one that historians have found the earliest evidence for it to earn this title. Identically to bingo, it can seldom get found at physical locales outside of ones in Nevada and New Jersey.

Though at online casinos, keno is a mainstay in most sites' specialty gaming tabs. It must get noted that online, its house edge is more akin to internet slots than physical keno draws, where it hovers in the 20%-40% range.

Anyone with a Windows operating system has likely played minesweeper at one point or another.

Piggy-backing on the infamy of this legendary simple time-killer, multiple game providers have created their gambling iterations. Turbo Mines by Turbo Games, Scribe’s Mines, and Minesweeper by BGaming are a few such choices.

Bitcoin gaming appeared in 2011, a few months after the birth of the first crypto exchange and two years after the launch of the Bitcoin blockchain. The initial sets of hubs that allowed digital coin betting featured only one game and were mainly dice-only platforms.

The appeal of these sites/games, then and still, is that they offer provably fair gaming. That means they permit gamblers to verify the randomness of each game outcome manually, ensuring maximum fairness.

When it comes to iGaming, slots and table games are king, the same as in the land-based section of the gambling industry. Lottery-style products are getting some traction as of late, but they still cannot come anywhere near the popularity of live dealer tables, or slots, which are the driving engine of this sphere.