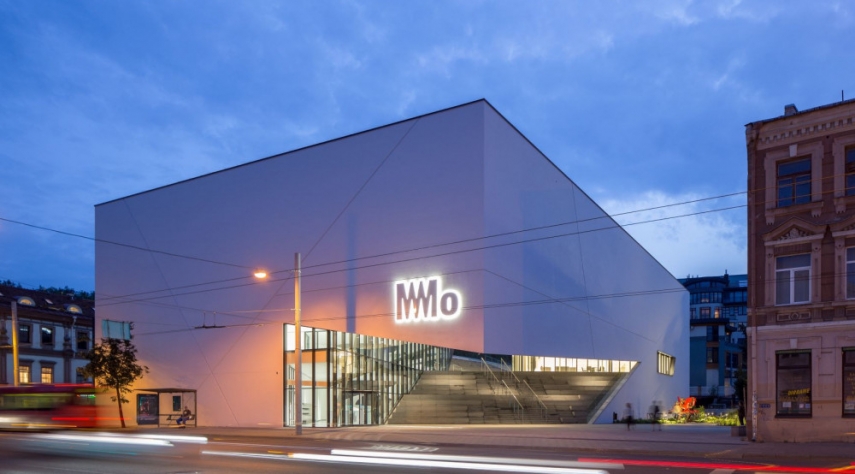 VILNIUS – The Municipal Council of Vilnius will consider naming Viktoras Butkus and Danguole Butkiene, the founders of the MO Museum, honorary citizens of the Lithuanian capital.

Vilnius Mayor Remigijus Simasius, who is scheduled to present the initiative to councilors later this week, says Vilnius has long-standing tradition of patronship and knows how to honor patrons.

"We are grateful for a new space on Lithuania's cultural map. With the establishing of the MO Museum, Vilnius discovered a very bright artistic face of the city – open, esthetic, modern. We support the MO mission and will joint its effort to raise artistic talents who will promote the name of Vilnius all over the world," Simasius told BNS Lithuania.

MO Museum, a privately-owned modern art museum built in the place of a demolished Soviet-era movie theater in Vilnius, was opened in late October.

Founded and financed by Danguole Butkiene and Viktoras Butkus, MO Museum displays a Lithuanian modern art collection dating from the 1960 up to the present day. The museum also hosts movie sessions, educational classes, concerts and other events.

The construction on the new, modern building, designed by Daniel Libeskind, was launched in the spring of 2017 after the old Lietuva Cinema was demolished, after standing there for more than five decades.

Viktoras Butkus said last year that the total value of the project was estimated at 15 million euros.

Butkus was the key shareholder of the Lithuanian company Fermentas. Fermentas International, a Canadian company managing the Fermentas, was sold for 260 million US dollars (229.1 million euros) to the United States' Thermo Fisher Scientific in 2010.