Minister of Defence thanks Estonian soldiers serving in Afghanistan 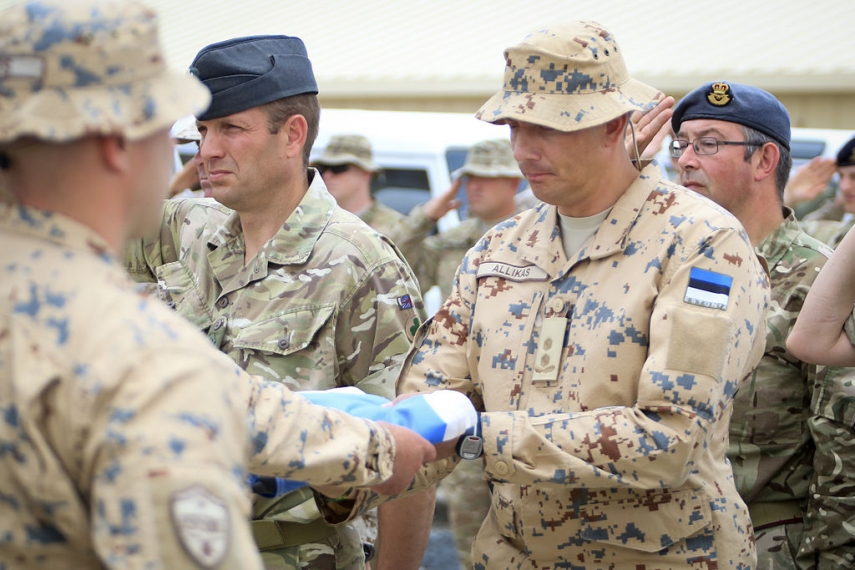 TALLINN - Estonian Defence Minister Juri Luik met with the personnel of the Estonian defence forces serving in Afghanistan on Thursday and thanked them for their service.

The Estonian minister, currently on a visit to Afghanistan, looked at the work of the Estonian infantry platoon serving in the NATO-led mission Resolute Support and went on a motorized patrol with servicemen of the platoon, ESTPLA-27, in Kabul's so-called green zone, spokespeople for the Estonian Ministry of Defence said.

"Estonia is an active member of the international community ready to contribute to ensuring security and stability and combating terrorism. The service here in Afghanistan, as well as the service of your brothers in arms in Mali are good examples of it," the minister said at the meeting with the Estonian platoon.

Luik commended the Estonian soldiers for their contribution to ensuring the security of Estonia and its allies. "Thanks to you, who you are serving with honor here today and to the ones who have served before you, the state of Estonia can be sure that our troubles, too, are our allies' troubles," he said, also commending the soldiers' families and people close to them.

"I wish to commend your professionalism and can confirm that I have only heard appreciation for the skills and dedication of our soldiers," Luik said according to spokespeople.

While in Kabul, the Estonian minister also answered questions asked by defence personnel, some of which were rather pointed, the Aktuaalne Kaamera newscast of public broadcaster ERR reported.

The Estonian unit is tasked, for instance, with patrolling the so-called green zone, a secure zone that serves as home to foreign embassies and government offices. This is where a suicide bomber blew up an ambulance laden with explosives on a crowded street in January. Nevertheless, all currently seems calm in that zone, ERR said.

Commander of the unit Lt. Allar Olesk said that the most difficult aspect of the service for Estonians was that on a daily basis, nothing happens and routine takes over. If something does happen, however, a reaction is needed. "Avoiding routine is the most important thing," Olesk said.

Luik said that some years ago, there was no talk about threats in Kabul "I remember being here five or six years ago when all threats were in the South and the East. Now, Kabul is the center where explosions are carried out and then shown on Twitter," the minister told ERR.

32 Estonian soldiers are currently serving in the Resolute Support mission in Kabul. Estonia's contribution also includes one staff officer in Kabul and an EOD team and two staff officers in Northern Afghanistan. The Estonian infantry platoon is tasked with providing force protection to the allied units advising the security forces of Afghanistan.

The Estonian platoon is part of a company of the armed forces of the United Kingdom which includes seven more states.

In the course of the visit, Luik also met with with Afghanistan's President Mohammad Ashraf Ghani and Minister of Defence Tariq Shah Bahrami.