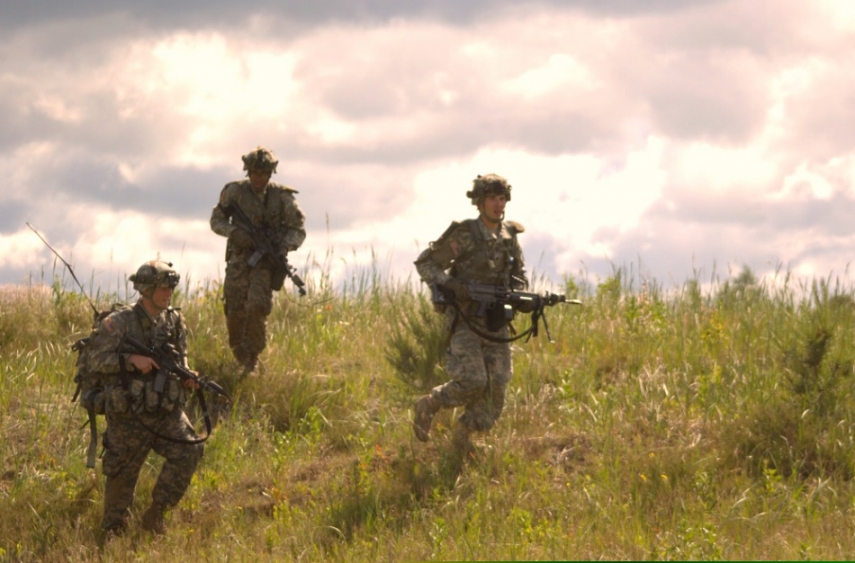 RIGA - Latvia’s Military Police have started a criminal investigation into a deadly blast in which a female first lieutenant of the Albanian armed forces was killed and two other Albanian soldiers injured at the Adazi training grounds on Monday, LETA was told at the press office of the Latvian Defense Ministry.

The Latvian Chief of Defense, Lieutenant General Leonids Kalnins said at a press conference on Monday that the accident would be probed by the State Police, but today the Defense Ministry’s spokespeople informed LETA that the criminal investigation would be carried out by the Military Police.

Initial investigative work has already been done by also involving experts from the State Police. Tests will be carried out to establish the causes of the blast and what exactly went off at the military base.

To protect the integrity of the investigation, no further details are being released at the moment.

Representatives of the Defense Ministry informed that soldiers from NATO’s battle group in Latvia are not involved in the National Armed Forces (NAF) day-to-day operations like the disposal of unexploded wartime ordnance. Multinational military training exercises like Detonator are an exception, though. Last year, participants of this exercise found and disposed of 3,071 explosive objects and 985 kilos of light weapons ammunition.

As reported, the Albanian armed forces’ First Lieutenant Zafire Hasanaj was killed and Contingent Commander Klodian Tanushi and Sergeant Julian Kapaj injured in a blast at the Adazi military training grounds on Monday.

First Lieutenant Hasanaj died of her injuries an hour after the accident and one of the injured soldiers is in intensive care following surgery. The third Albanian solder’s injuries are less serious.

An internal investigation has been launched into the accident and all exercises at the Adazi training grounds have been suspended until the causes of the blast are established.

Lieutenant General Kalnins said that the Albanian soldiers were involved in disposing of unexploded ordnance in Latvia and that the explosion happened as they were preparing a territory for an exercise.

There is a contingent of about 20 unexploded ordnance engineers serving with the Canada-led NATO battle group in Latvia.