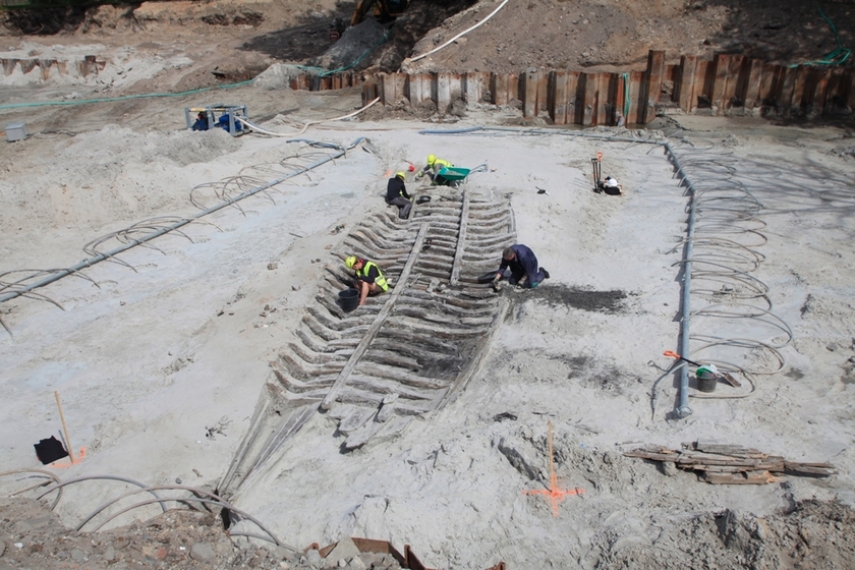 BELOW DECK: The area of Tivoli used to be part of the sea front.

TALLINN - The remains of several medieval ships have been uncovered in a residential area of Tallinn by builders constructing new apartment buildings.
Developer Metro Capital and construction company Nordecon found the remains in Kadriorg, in the east of the city, while carrying out work on the Tivoli housing development site.

The National Heritage Board has estimated that the wrecks come from between the 14th and 17th century.
The area used to be part of the sea front and had it’s own port, but in the 1930s it was filled in.

The NHB’s senior inspector of underwater heritage Maili Roio said: “According to preliminary data, three [ships] are located in the former seabed sediment, which has been covered by almost four meters [of] thick infilling.”
The NHB now hope to dig out and preserve the ships and it is hoped, one day put them on display.

Metro Capital’s chief executive Mart Habakuk described the moment the team found the first ship.
“One day, a digger collided against something in the ground.
“Men stopped the work to have a look and it was immediately clear that it was something historical and we called the National Heritage Board.”
Several days later another ship was found at the other end of the construction site, and X-rays have revealed there could also be a third ship.

Mr Habakuk said: “We are currently working under the guidance of the National Heritage Board to dig the wrecks out, and will then continue with normal construction work.”

The Tivoli residential area is 200 metres from the sea front near the Pirita beach promenade.