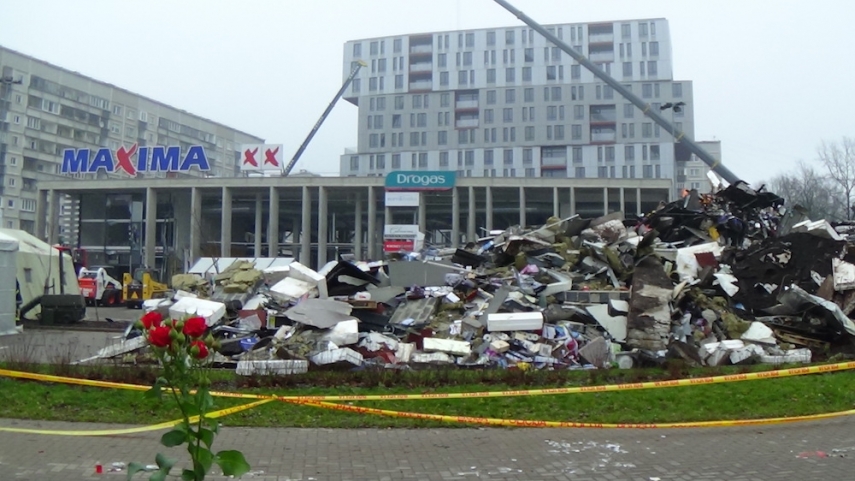 The aftermath of the roof collapse [Image: Wiki Commons]

On October 18, 2015, Latvian current affairs TV programme, De Facto, reported the Maxima supermarket chain retailer will receive compensation following the collapse of a roof at its one of its stores in Riga in late 2013.

The event killed 54 people, and injured dozens of others.

Maxima has estimated its loss of the damaged goods, furniture and equipment and the lost money from cash registers as a result of the incident amounts to almost 1.7 million euros.

"Maxima Latvija has insured its property and goods, and compensation will be paid by the insurer,” said Maxima Latvija lawyer, Oskars Rode. “By announcing a claim with the insurer, Maxima must also do so as part of the criminal procedure.

“Otherwise the insurer will have questions.”

Asked whether Maxima could not have been compensated for its financial losses as a good will gesture, Rode said “should we forget it and forgive it? Forgive whom? To people who have not done their job properly?"

Legal proceedings were started into the deadly accident which might have been caused by several factors, which include errors in construction design.

Neglect on part of the builders or the supermarket operator are also being considered.